Why fly when you can swim 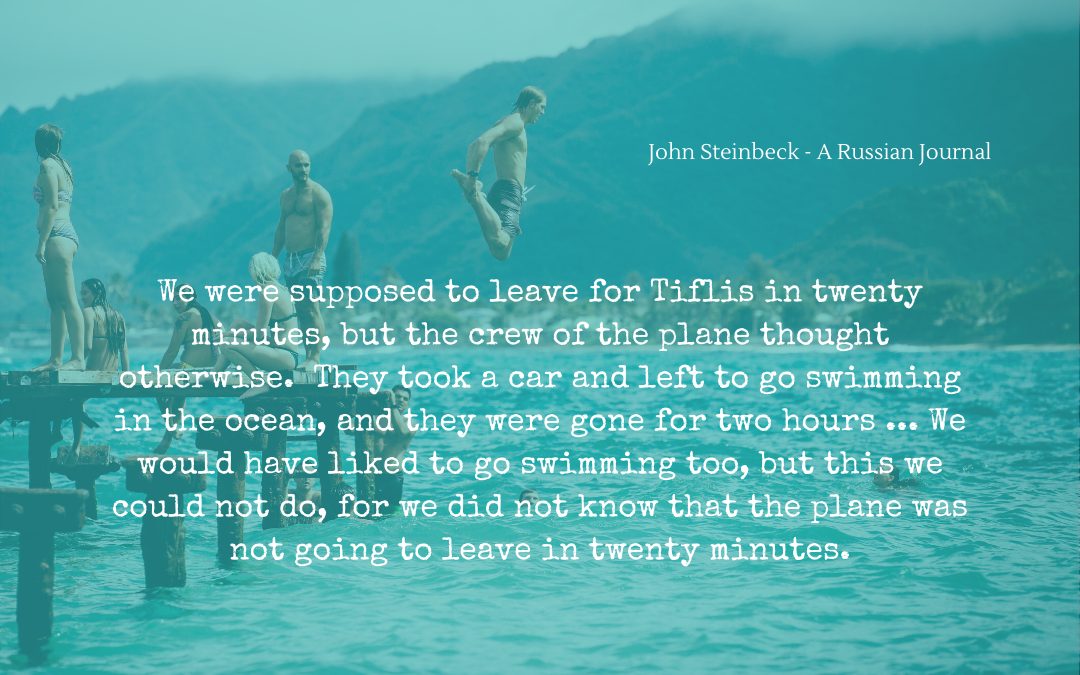 A wonderful anecdote to read about someone else; of course it would be infuriating if it happened to you. Nevertheless, I can’t but enjoy this account by Steinbeck of being left stranded at an airport in Soviet Georgia for the very good reason that the crew decided unilaterally, and without any communication of the fact, that swimming in the sea was more fun than flying. So they found a car and disappeared for some summer rest and recreation, returning refreshed and happy a couple of hours later to pick up where they left off, or take off where they picked up.

I also like Steinbeck’s rueful frustration at not having been let in on the secret excursion, instead being cooped up in the airport with his travelling companion Robert Capa.

We were supposed to leave for Tiflis in twenty minutes, but the crew of the plane thought otherwise. They took a car and left to go swimming in the ocean, and they were gone for two hours, while we strolled through the gardens of the airport. We would have liked to go swimming too, but this we could not do, for we did not know that the plane was not going to leave in twenty minutes.