Why did I never tell him? 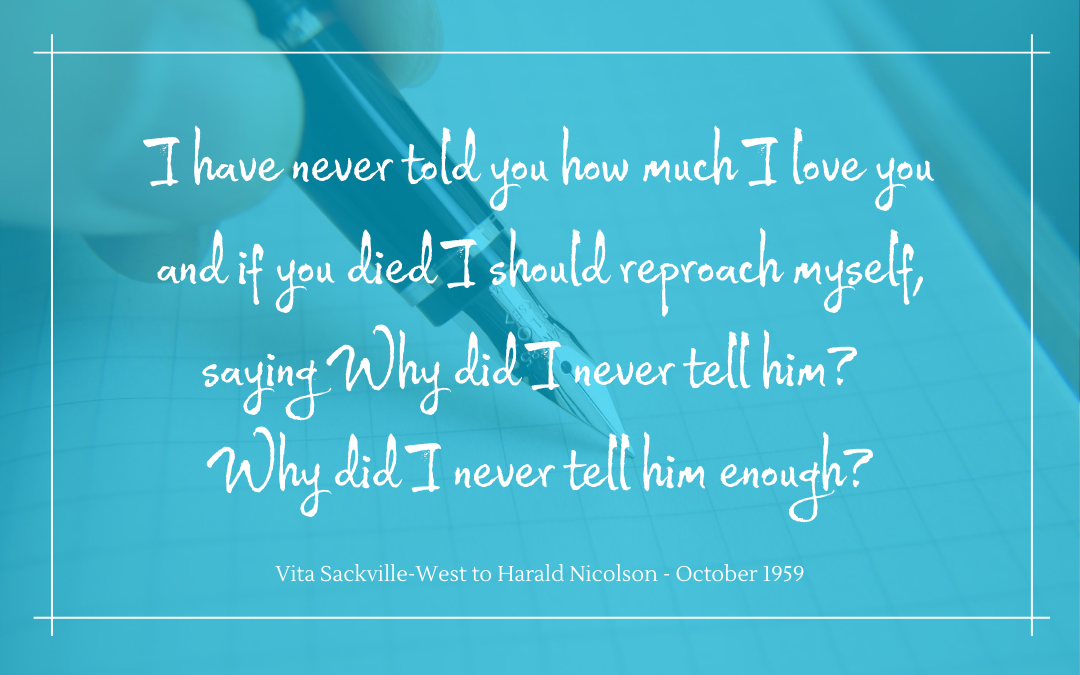 Over time, the need to avoid such a scenario has grown in me.  Without being morbid, we never know when we will see someone again, and it’s important to have a no-regrets approach to expressing love or friendship, even implicitly.

Recently I called an old friend whom I hadn’t seen in years, and was touched by his expression of love at the end of the call.  He is of an age when life can quietly and naturally slip away in the night, and it means, if he doesn’t wake up tomorrow, we will have had that moment and that exchange.  That won’t save me from grief and loss, but it will spare me regret.

So I was struck by this comment in a letter from Vita Sackville-West to her husband, particularly as my impression of her is of a quite buttoned up English aristocrat, not given to expressions of love.