While there is still time 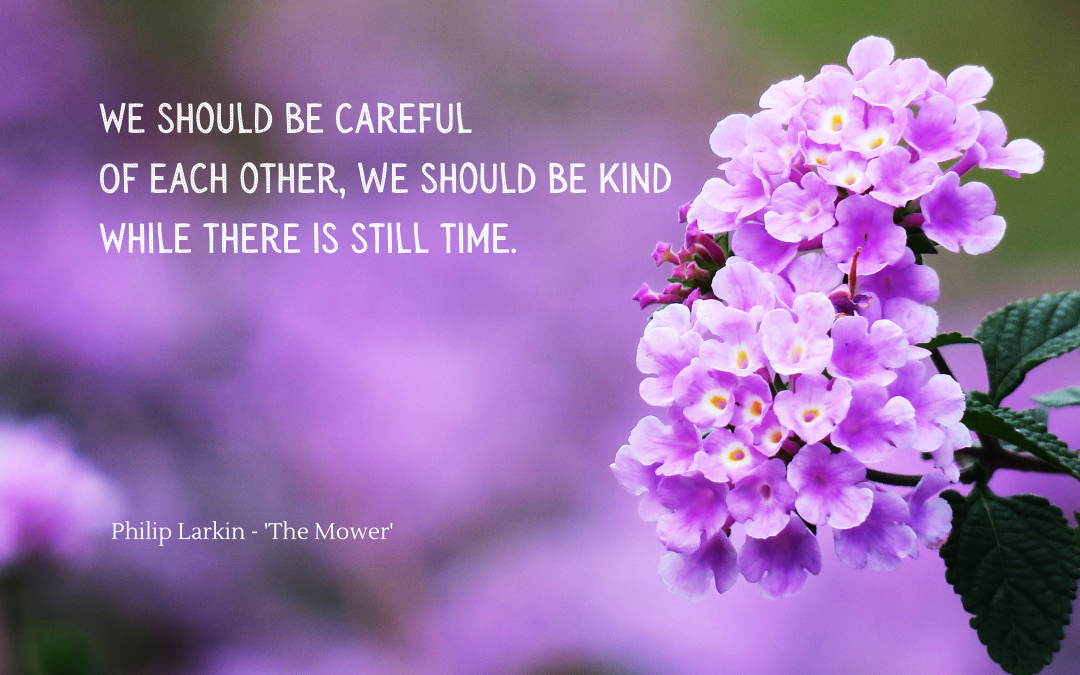 Philip Larkin’s simple plea for kindness feels a timely reminder that yes, while there is still time, we should be kind to one another, whether that hint of time’s limits applies to us as individuals, or to humanity more generally.

And if it feels as though there isn’t time enough to be more careful of each other?  Until a few years ago I often felt as though time was passing faster than I could make use of it, that I somehow lacked time for all the things and people that matter to me.  Then we nearly lost a brother and we dropped everything, got in the car and drove eight hours to Paris to be with him and our family.  He survived, and among the many positive things to come out of that in the months that followed was a luxurious sense of having the time I need.

Wishing you plenty of time and kindness.

We should be careful / Of each other, we should be kind / While there is still time.