What are decades to dreams? 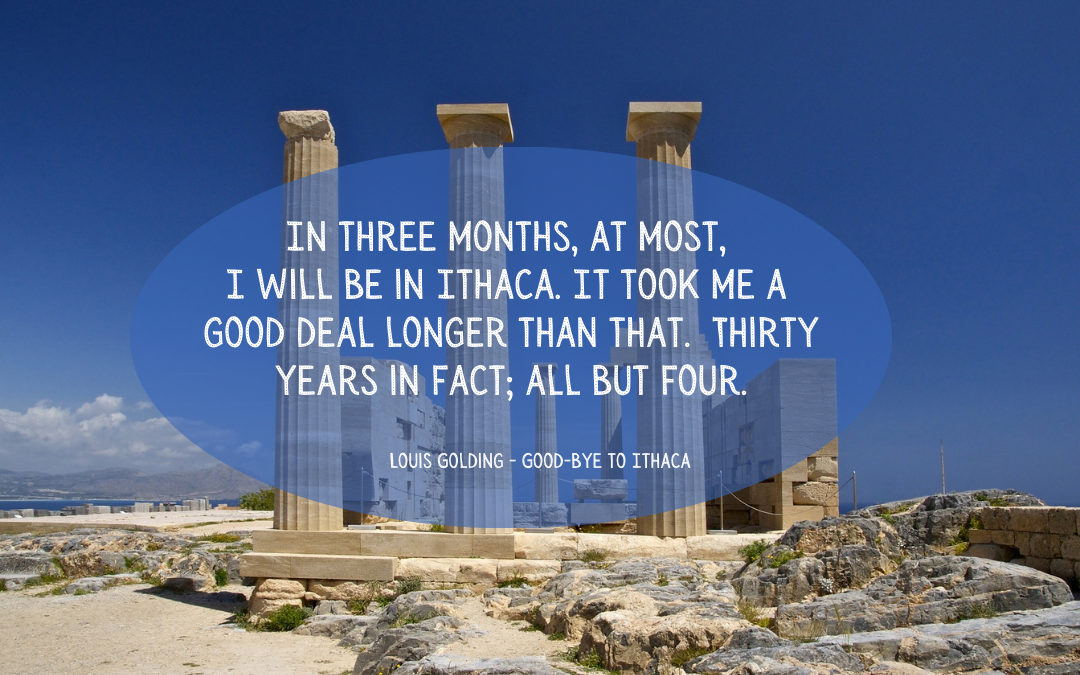 Golding, sailing past the island of Ithaka, thought he would return and land within a few months.  Then war and life intervened, and it took him more than a quarter of a century.  Which goes to show, hang on to your dreams long enough and they can come true.  Or, more simply, never too late.

In three months, at most, I will be in Ithaca.  It took me a good deal longer than that.  Thirty years in fact; all but four.