The timelessness of Troy 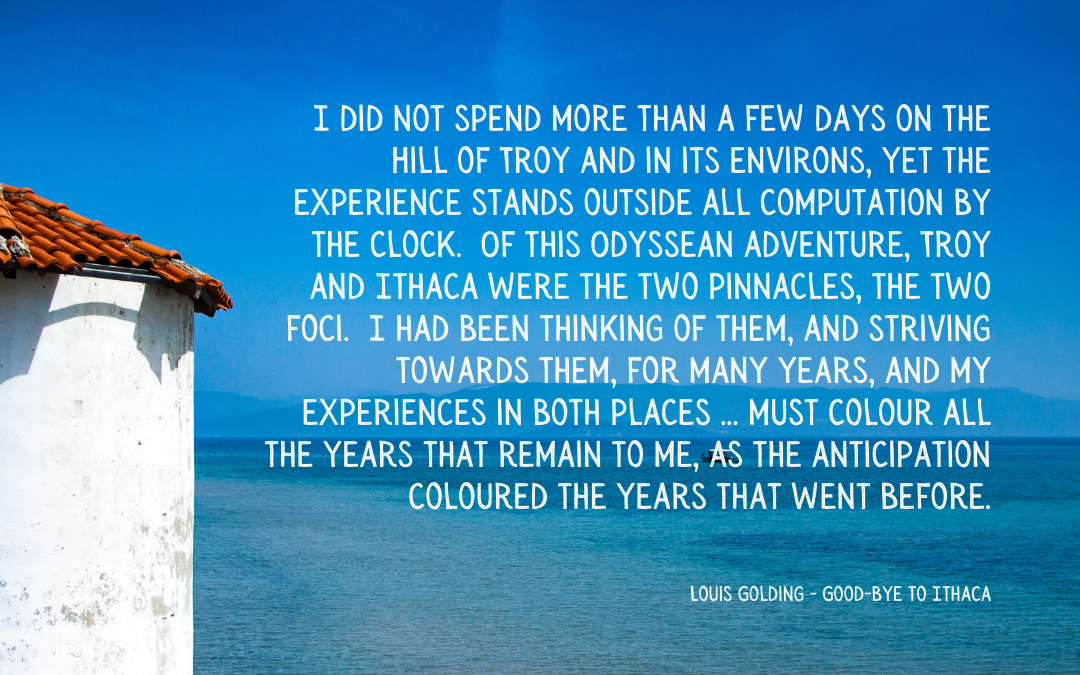 Golding took thirty years to complete his own odyssey from Troy to Ithaka, with war and other events intervening between his first attempt, in which he passed a few miles shy of Ithaka, and the second successful venture in the early 1950s.  Here he captures the timeless nature of dreams realised.  I confess that I have the same odysssean dream, and have read about and around Troy and Ithaka, and the places between, in Homer, Durrell, Miller, Leigh Fermor and others.  We also spent a magical fortnight in Cephalonia with Ithaka in sight.  Now, having read Golding, I wonder if it will take me 30 years to go from being so close to actually landing.

To understand the continuing hold on and relevance to the modern mind of the original Odyssey, see our quote-woven celebration of Adam Nicolson’s The Mighty Dead: Why Homer Matters.

I did not spend more than a few days on the Hill of Troy and in its environs, yet the experience stands outside all computation by the clock.  Of this Odyssean adventure, Troy and Ithaca were the two pinnacles, the two foci.  I had been thinking of them, and striving towards them, for many years, and my experiences in both places, whether as in the one case measurable by days, or as in the other case measurable by weeks, must colour all the years that remain to me, as the anticipation coloured the years that went before.