An inmate of this active universe 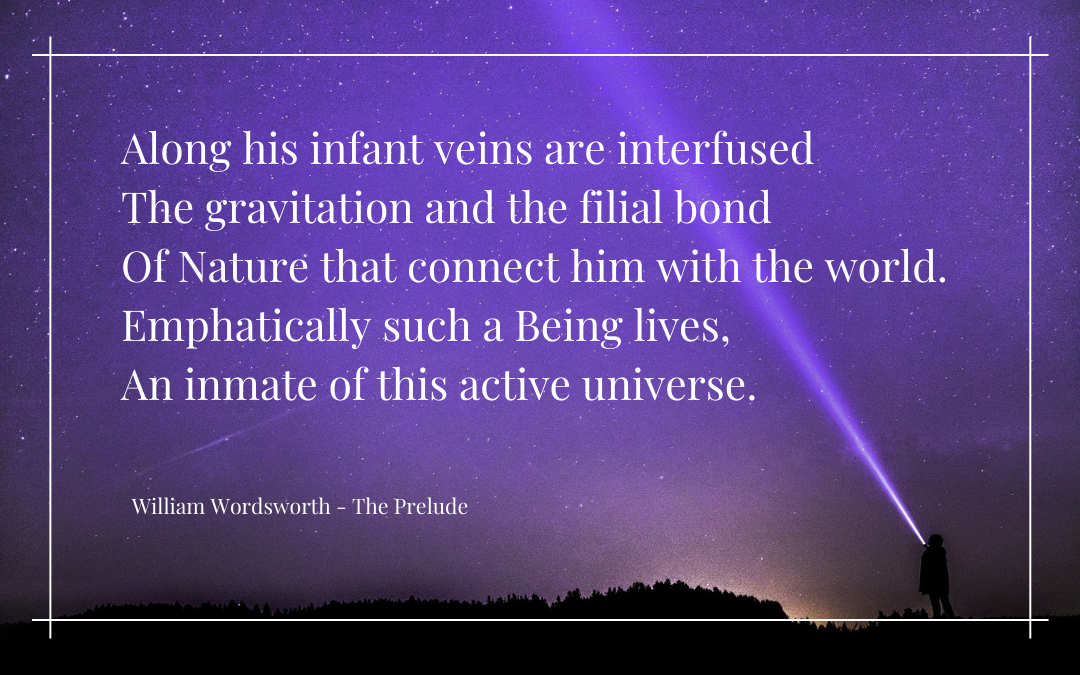 This current and timeless phrase – with that curious ‘inmate’ alongside the energetic ‘active’ – comes from Wordsworth’s image of himself as an infant, tapping into some greater connectivity than mere wifi systems and smart phones.

It reminds me of E.M. Forster’s injunction: ‘Only connect’.  During this time of self-isolation, lock downs, distancing and other widespread measures, non-physical forms of connection are more essential than ever.

Along his infant veins are interfused

The gravitation and the filial bond

Of Nature that connect him with the world.

Emphatically such a Being lives,

An inmate of this active universe.