When we think of joyful things 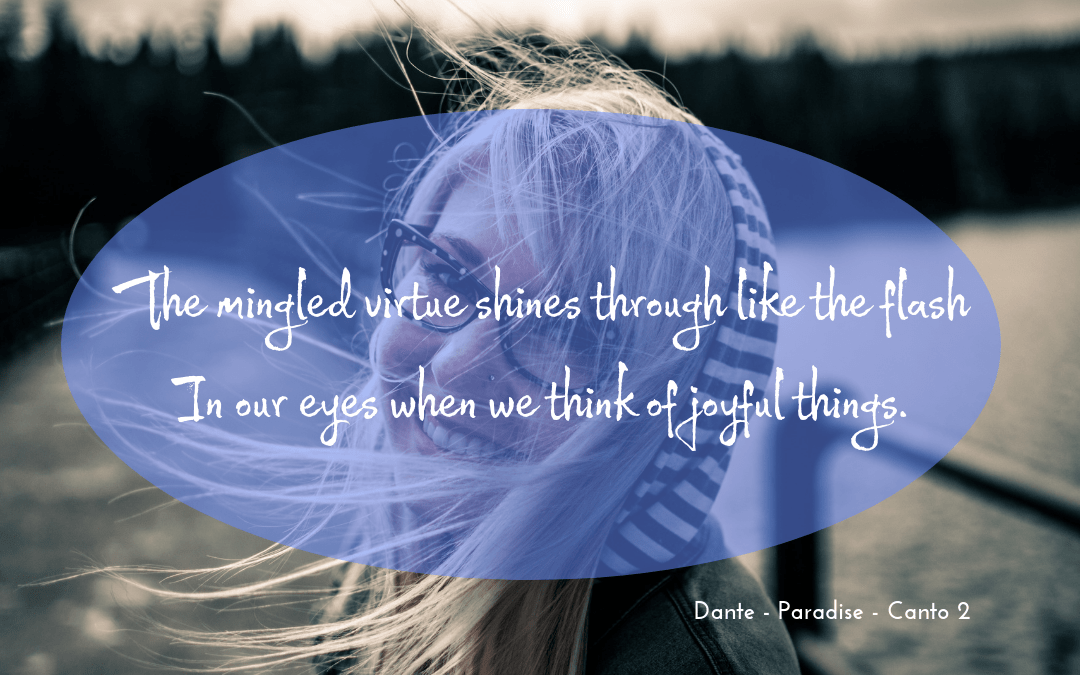 Remember, if you can, a moment when you have been speaking with someone and you land on something about which they are passionate, and you see their face light up and their eyes sparkle.

I can think of several such moments, but one which stands out was a couple of hours spent with my young god-son, enjoying his gallopingly enthusiastic discourse in response to my question: ‘Can you explain why Pokemon is so special?’ He had that flash in his eyes the Dante mentions.

In our eyes when we think of joyful things.’