The urge to play 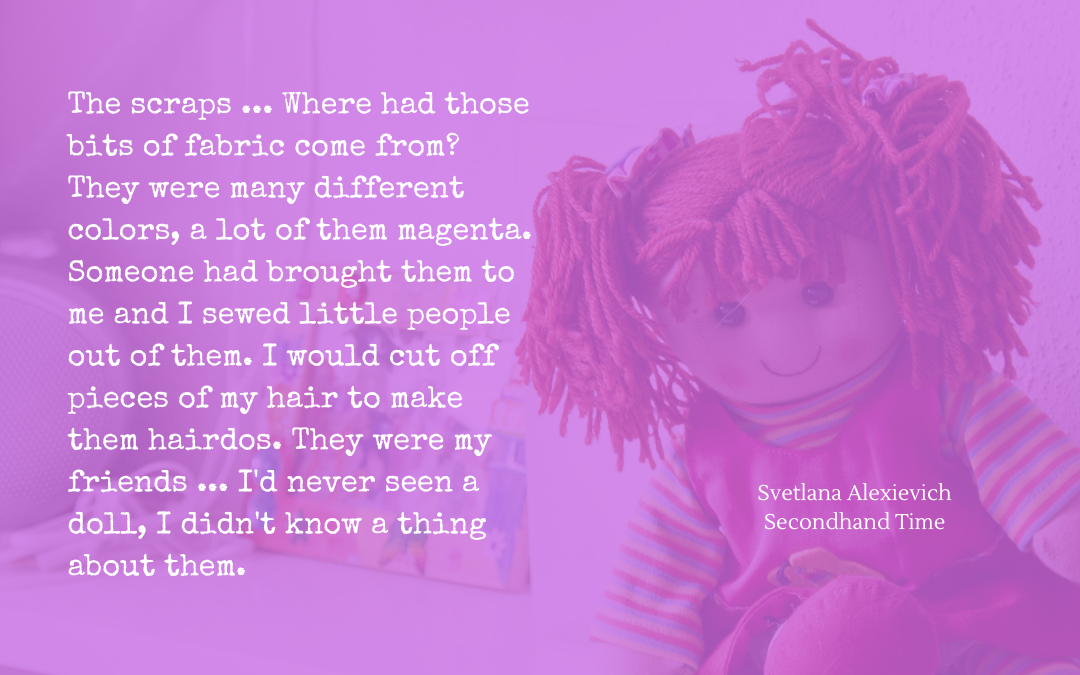 This excerpt from an interview with a Russian writer brought up in Siberia, due to the political exile of her parents, demonstrates the child’s deep need to play and the imagination which led her to create her own dolls, despite poverty, exclusion and general all round hardship.

The scraps… Where had those bits of fabric come from? They were many different colors, a lot of them magenta.  Someone had brought them to me and I sewed little people out of them.  I would cut off pieces of my hair to make them hairdos.   They were my friends … I’d never seen a doll, I didn’t know a thing about them.  By then, we lived in the town, but not in a house – we lived in a basement.  With one little blacked-out window.  We even had an address: 17 Stalin Street.  Just like other people …

Up to that point, they’d lived in a hole in the ground, giving her older sister tuberculosis.  See other examples of their capacity to feel joy, whether through an appreciation of poetry or diving into the beauty of nature.