The most splendid thing in the world 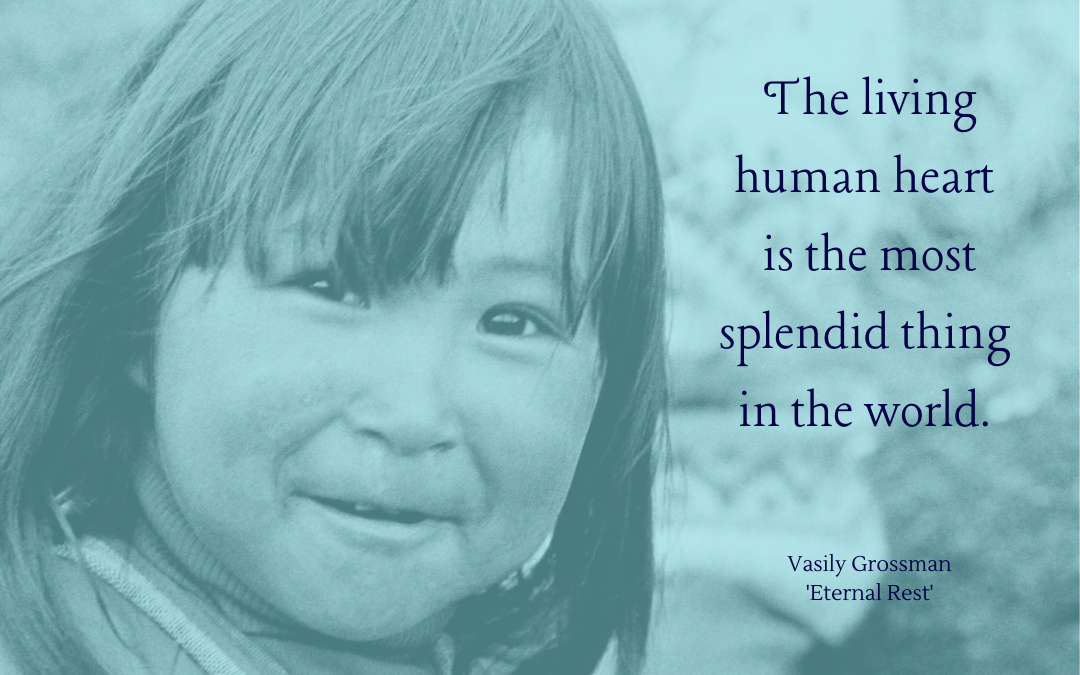 Vasily Grossman, who lived through and witnessed some of the vilest episodes of human history, never lost his belief in humanity as embodied in the smallness of an individual human being with quirks, dreams, longings and a capacity for love and kindness.

He is, for me, one the world’s great ambassadors for our species at its best, and a robust defender of the paramount role of kindness, however small or apparently insignificant. Here he sums it up in his usual simple, succinct style.

‘The living human heart is the most splendid thing in the world.’

See also, by another great humanist, George Eliot’s comment on the slow creation of the human.