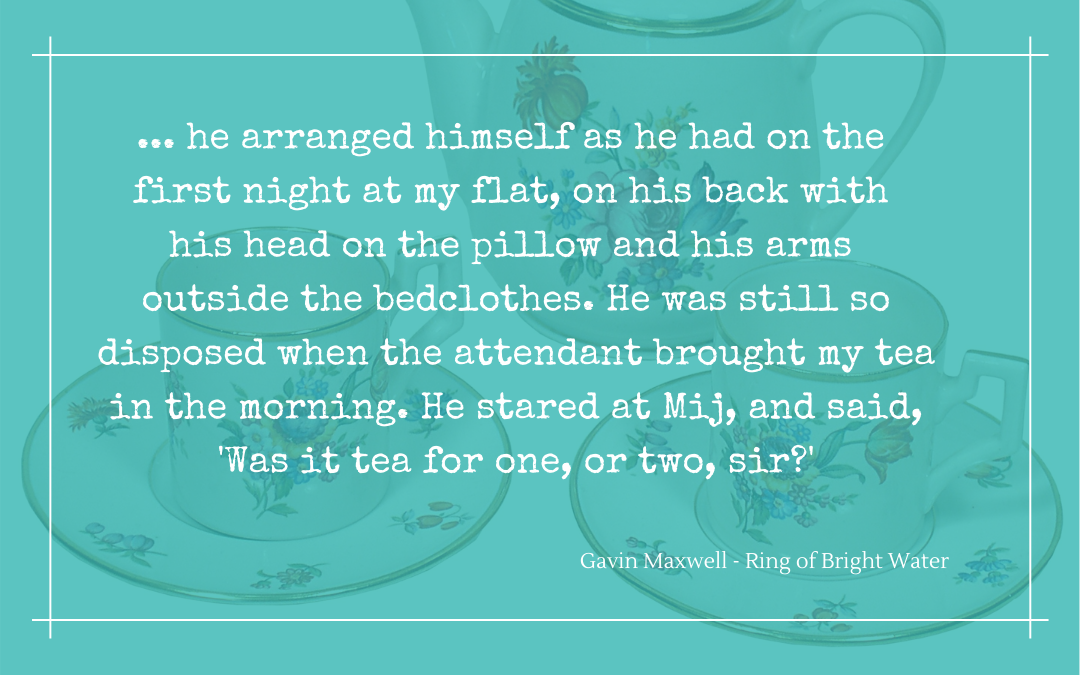 Dogs are playful but otters are surely the arch-nuannaarpoqians of the animal world.  Here Gavin Maxwell takes his friendly otter on the sleeper train with him, and the animal settles into his bunk in such a human stance that the attendant, bringing tea in the morning, assumes the otter might also partake.

… he arranged himself as he had on the first night at my flat, on his back with his head on the pillow and his arms outside the bedclothes. He was still so disposed when the attendant brought my tea in the morning. He stared at Mij, and said, ‘Was it tea for one, or two, sir?’