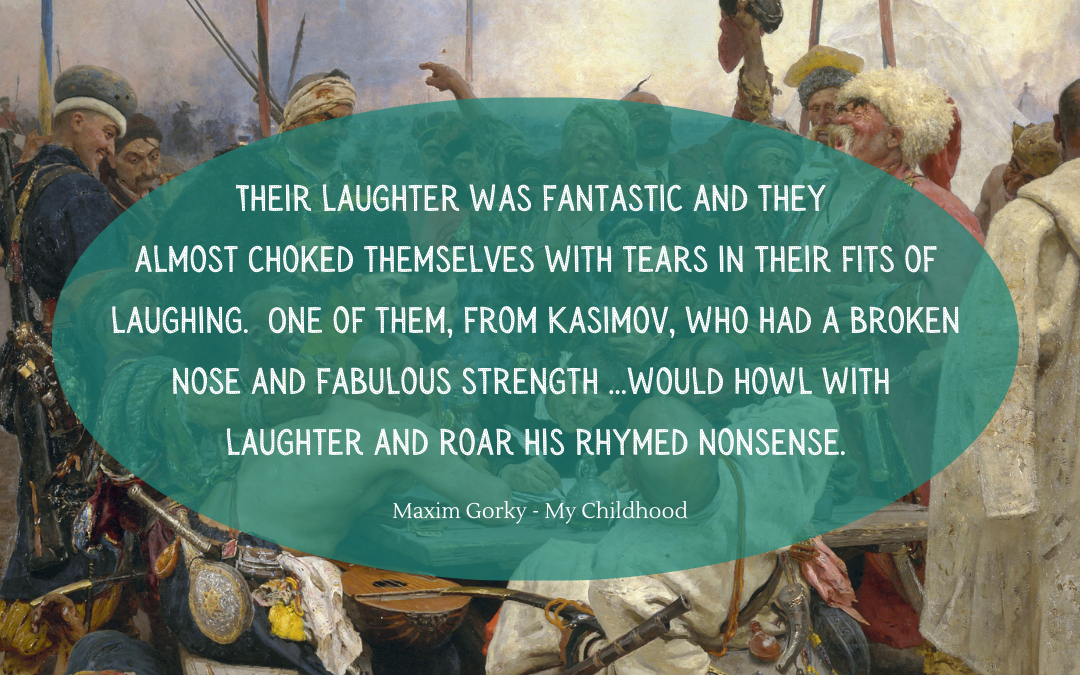 The boy Gorky was much impressed by a group of Tartars he met with his buddies, and in particular of their capacity to laugh.  I liked his description of their untrammelled merriment, despite the roughness of their lives.

Their laughter was fantastic and they almost choked themselves with tears in their fits of laughing.  One of them, from Kasimov, who had a broken nose and fabulous strength, was said to have carried a bell weighing over eight hundredweight from a barge, far inland. He would howl with laughter and roar his rhymed nonsense. 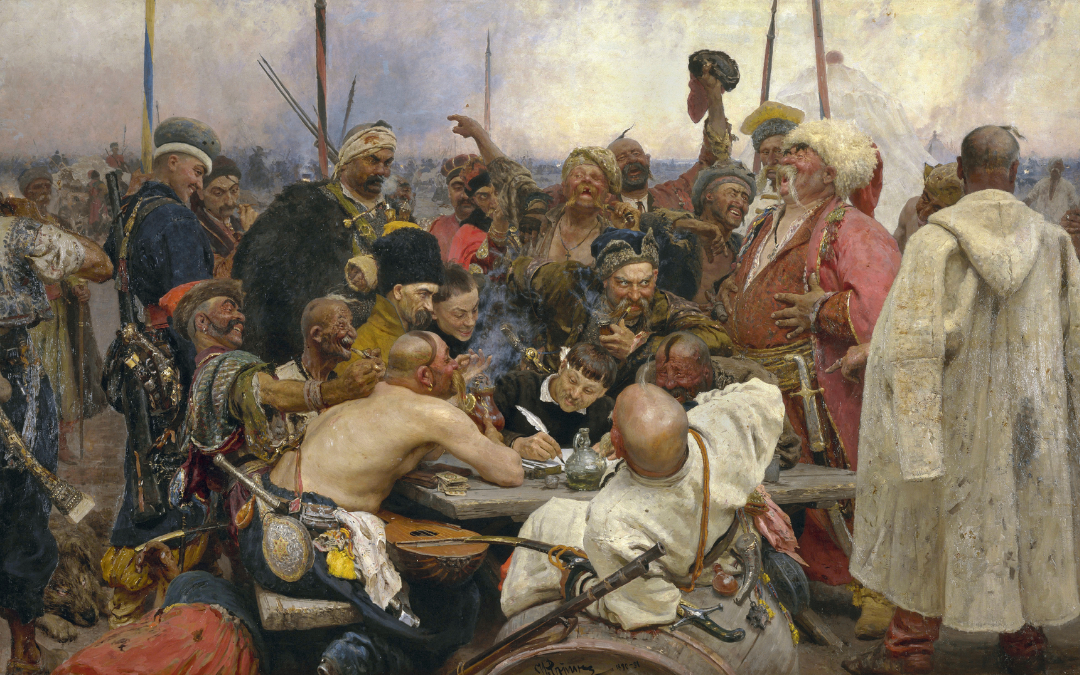