A song to make me laugh 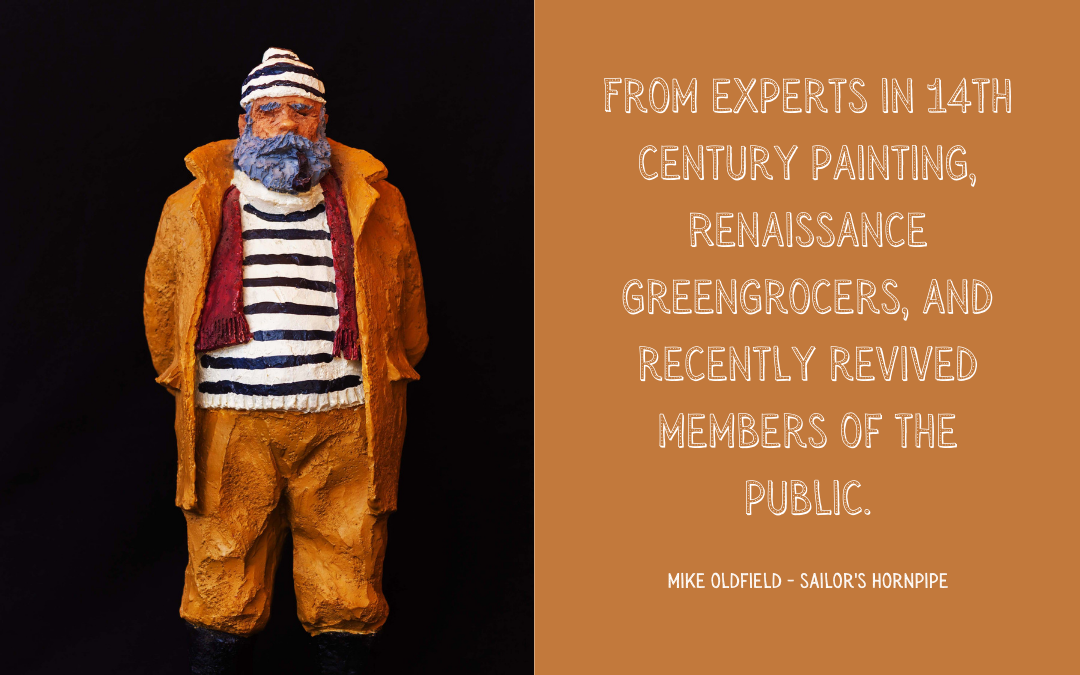 This one I discovered by accident, tucked away at the end of the album for which its composer is famous, namely Tubular Bells.  I bought the CD second-hand in a moment of nostalgia and was unexpectedly disappointed in revisiting the Tubular Bells piece, but it was worth it to stumble across the zany, joyous late-night recording which sounds like something made up while fooling around and not realising the tape was running.

It has some delightful phrases too, such as ‘controversy in the world of embroidery’, and this wonderfully odd assortment of groups:

From experts in 14th century painting, Renaissance greengrocers, and recently revived members of the public.

If you’re feeling overly serious, then perhaps wait until you’ve had a glass of wine before listening.  On the other hand, if you’d like to be nudged out of earnestness … follow the link below.