Of sleep, sky and an infinite future 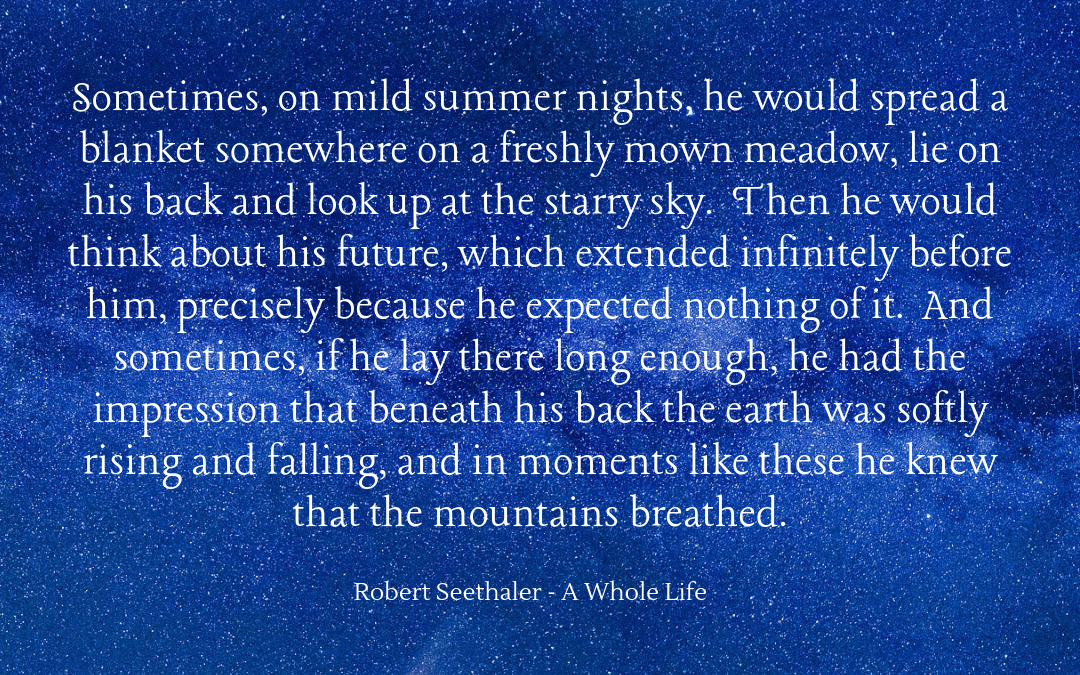 From Seethaler’s subtle, sensitive and slender novel on a whole life (you can interpret the title either way).

Here he describes the easy sleep of the protagonist, adaptable to many places including the open air. I liked the lack of fretful concern for the future, and the reassurance of the vast breathing mountains.

‘He scarcely spent a single night in a bed; usually he slept on hay, in attics, in small side rooms, and in barns, alongside the cattle.  Sometimes, on mild summer nights, he would spread a blanket somewhere on a freshly mown meadow, lie on his back and look up at the starry sky.  Then he would think about his future, which extended infinitely before him, precisely because he expected nothing of it.  And sometimes, if he lay there long enough, he had the impression that beneath his back the earth was softly rising and falling, and in moments like these he knew that the mountains breathed.’