The tricky business of simple living 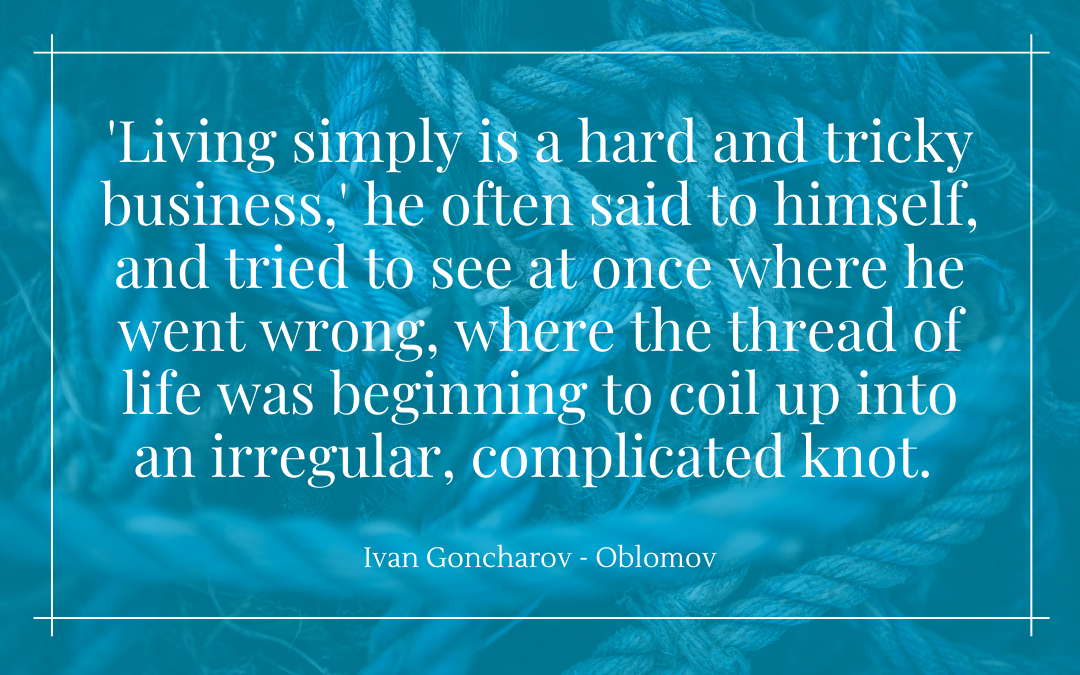 An interesting character in Goncharov’s 1859 novel Oblomov is Andrey, close friend of the eponymous hero.  He starts out as an exuberant, feisty boy and grows into a disarmingly and ebulliently self-assured, balanced and capable man who tries to rouse his boyhood friend from a life of increasing apathy and indolence.

Here we see him engage in a spot of reflection to avoid veering away from simplicity into pointless complication.

‘Living simply is a hard and tricky business,’ he often said to himself, and tried to see at once where he went wrong, where the thread of life was beginning to coil up into an irregular, complicated knot.

And yes, it can sometimes feel that living simply isn’t as simple as it sounds… and trying too hard isn’t really a solution either.