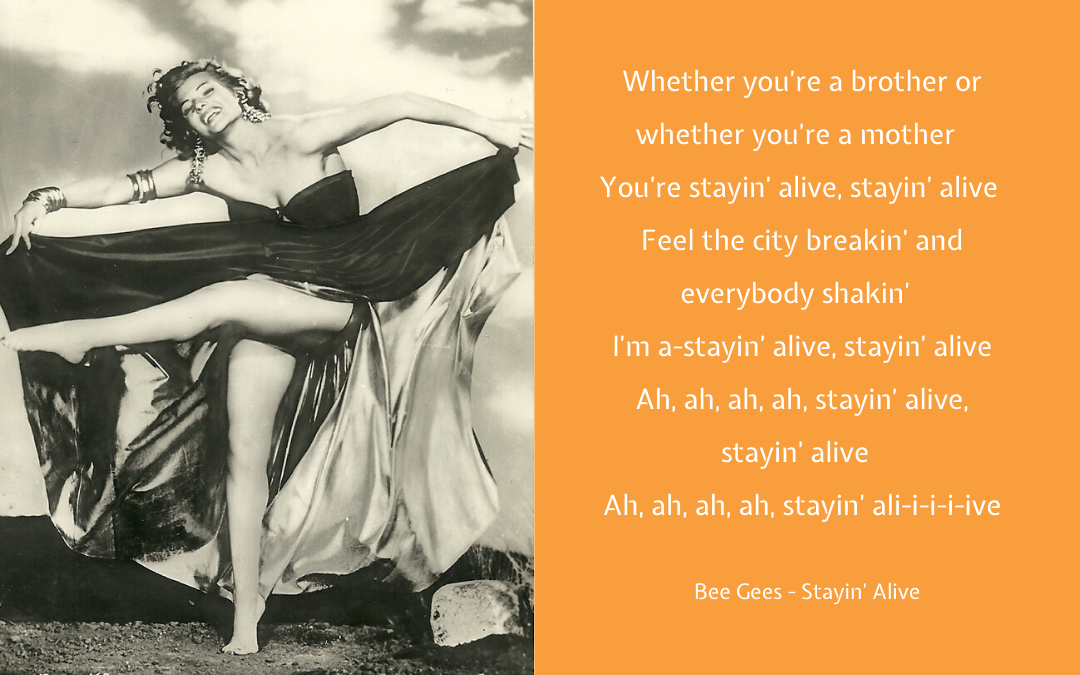 A few years ago I had a professional trauma and a friend sent me this video. It became my resistance song, making me laugh at the nonsense.

Having noticed that when leaving an organisation, it was common to lace your parting farewell note with strategic input and sundry wisdom, I decided instead to share this marvelous cocktail of life-loving exuberance, in which Rita Hayworth meets the Bee Gees:

Feel the city breakin’ and everybody shakin’

And whoever had the idea of marrying Ms Heyworth with the Bee Gees, I salute you.