The resilience of the gardener 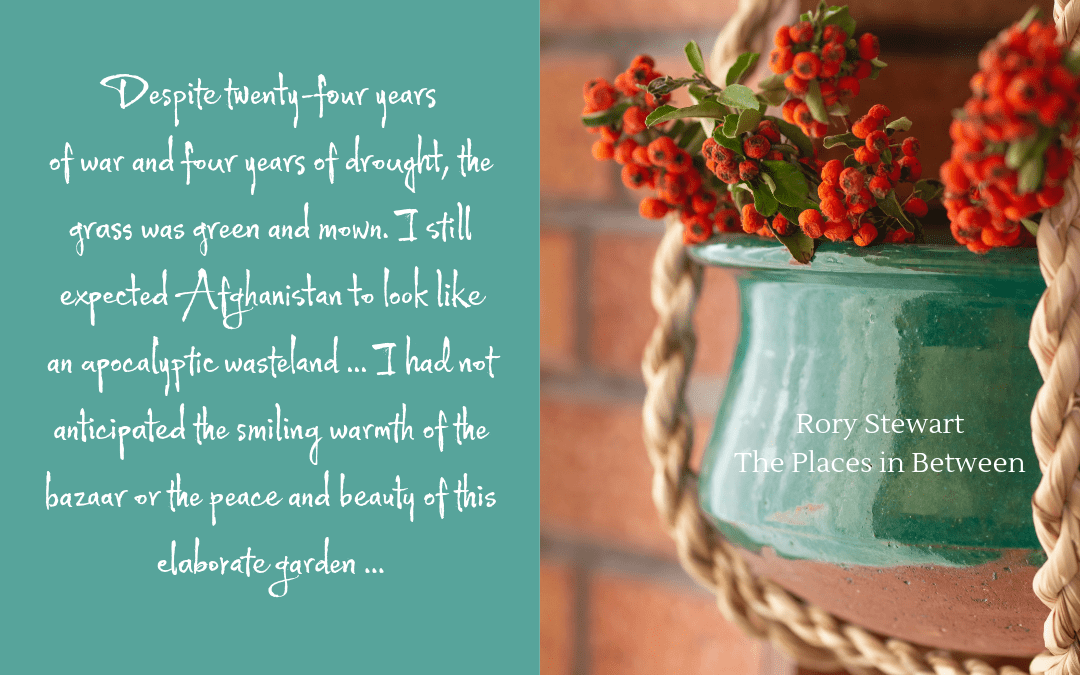 A beautiful image of resilience despite decades of war and years of drought: a green, tended and elaborate garden. Rory Stewart is humbled by this and other signs of precious normality.

‘Despite twenty-four years of war and four years of drought, the grass was green and mown. I still expected Afghanistan to look like an apocalyptic wasteland, with untended fields and a shattered society held to ransom by the dangerous and the traumatized. I had not anticipated the smiling warmth of the bazaar or the peace and beauty of this elaborate garden, on the edge of the gravel sands.’