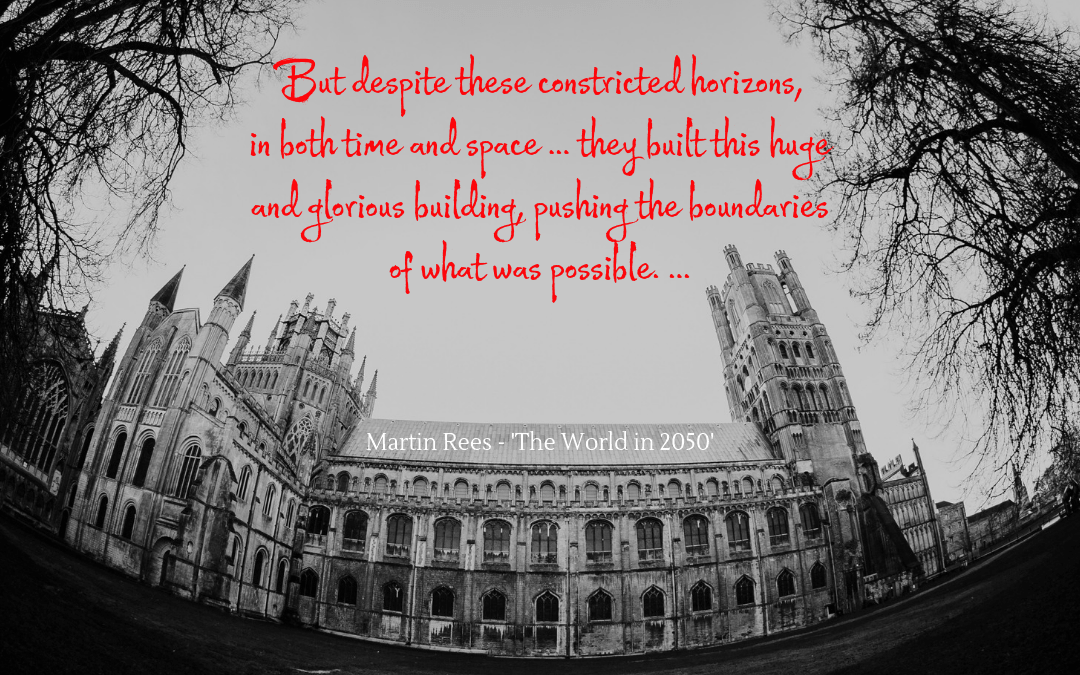 Martin Rees, Astronomer Royal, puts our relatively short-termist parochialism in stark contrast to that of our forebears, who despite multiple constraints of which we are free, were able to conceive and implement long term projects which they wouldn’t see completed.

This struck me because I believe we live in Dickens’ best-of-times-worst-of-times.  We have so much potential to live positively on this earth, yet it appears quite possible we’ll mess it all up due to lack of self-restraint. Among other things.

Rees has written several books on the future of humanity – if it has one – and is a co-founder of the Centre for the Study of Existential Risk, which focuses on such risks that may arise from technology.  That is, from our own inventions.

See his bracing comment on the reach of stupidity in a globalized world, and regarding our devastating impact on biodiversity.

Hope we make the right choices, and can extend our horizons to include the world we will leave to future generations.

One final reflection, stimulated when I visit Ely Cathedral, close to my home.  This great building overwhelms us today.  But think of its impact 900 years ago – think of the vast enterprise its construction entailed.  Most of its builders had never travelled more than 50 miles. The Fens were their world. Even the most educated knew of essentially nothing beyond Europe. They thought the world was a few thousand years old, and that it might not last another thousand. But despite these constricted horizons, in both time and space – despite the deprivation and harshness of their lives, their primitive technology and meager resources – they built this huge and glorious building, pushing the boundaries of what was possible.  Those who conceived it knew they would not live to see it finished. Their legacy still elevates our spirits, nearly a millennium later. What a contrast to so much of our discourse today.

Unlike our forebears, we know a great deal about our world and, indeed, about what lies beyond. Technologies that our ancestors couldn’t have conceived enrich our lives and our understanding. Many phenomena still make us fearful, but the advance of science spares us from irrational dread. We know that we are stewards of a precious “pale blue dot” in a vast cosmos, a planet with a future measured in billions of years, whose fate depends on humanity’s collective actions this century. But all too often the focus is short-term and parochial. And we give too little thought to what kind of world we will leave for our grandchildren. 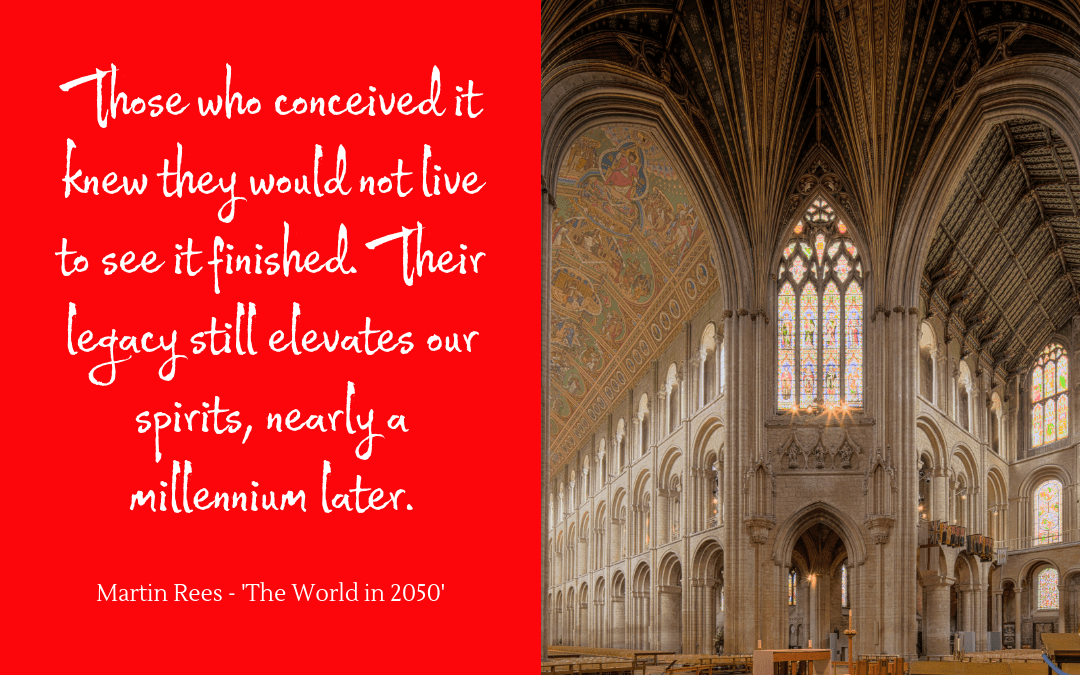