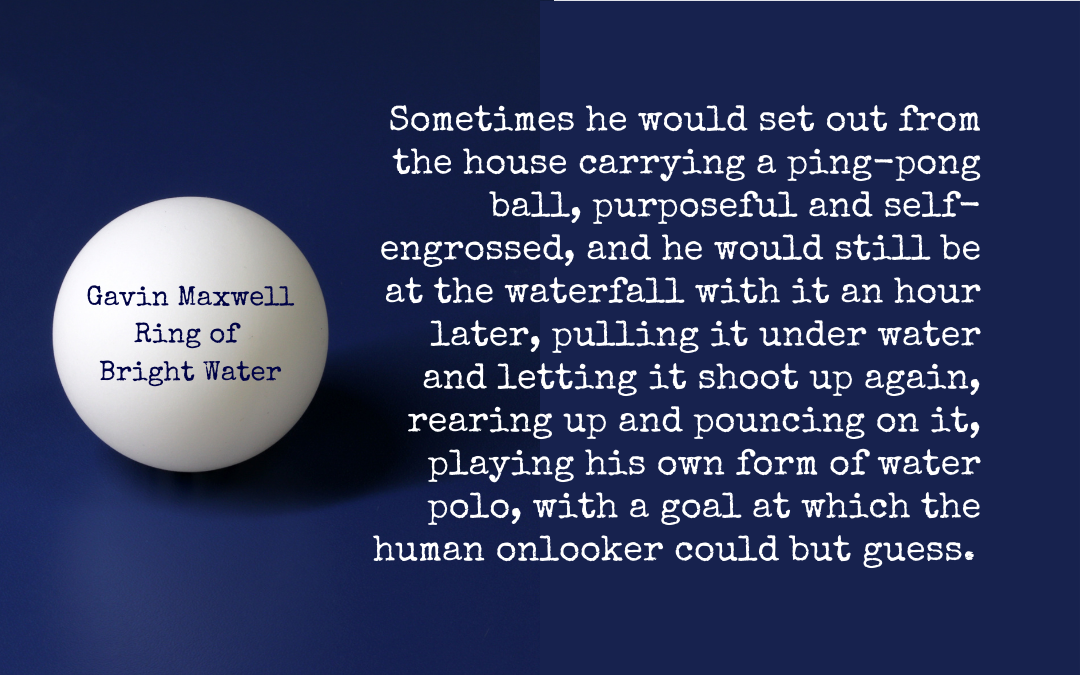 The capacity of otters to play and to turn anything they find into a game, is breath-taking.  Here is one, having worked out the ludic possibilities inherent in the physics of ping-pong balls, setting off to entertain himself for an hour or two at a stretch.   You can imagine him calling out as he leaves, ‘Just off for a spot of ping-pong polo, won’t be back for lunch’.

Having read endless examples of this determined play, I’ve concluded that otters are the nuannaarpoqians of the animal world.  Humans could learn a trick or two from them.   For further evidence, see one niftily playing football, or another making a toy of a whirlpool.

Sometimes he would set out from the house carrying a ping-pong ball, purposeful and self-engrossed, and he would still be at the waterfall with it an hour later, pulling it under water and letting it shoot up again, rearing up and pouncing on it, playing his own form of water polo, with a goal at which the human onlooker could but guess.