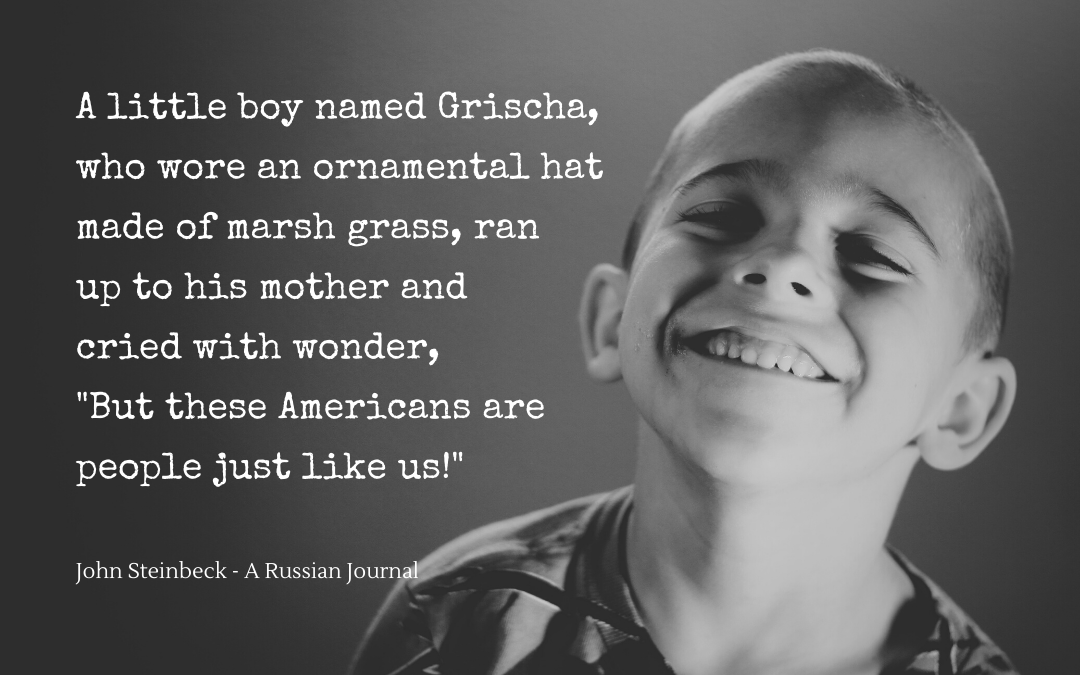 At the height of the Cold War when Westerners were facing down Russians and vice versa, John Steinbeck and Robert Capa got it into their heads to hop over to the Soviet Union to see for themselves. Visiting three Soviet republics, they finally concluded that the people were pretty much like people everywhere. They must have been heartened to hear the compliment returned, despite the bucketloads of us-and-them propaganda hurled at and by both sides.

Here, in the Ukraine, they meet a small boy who instinctively recognises their common humanity.

Incidentally, Grischa and his ornamental grass hat were photographed by Capa, an innocent, happy, touching image of a child.

‘A little boy named Grischa, who wore and ornamental hat made of marsh grass, ran up to his mother and cried with wonder, “But these Americans are people just like us!”‘