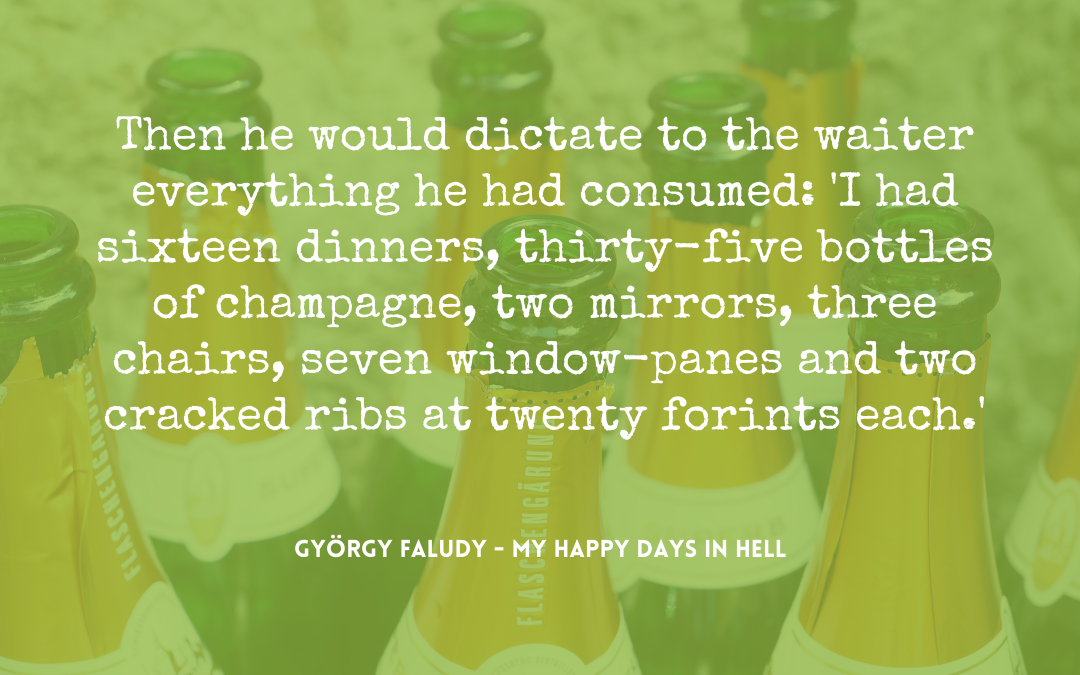 A charming admission of costs incurred by a character who appears in György Faludy’s memoir of life in Communist Hungary.  This outrageously sumptuous evening takes place in pre-communist days, during Faludy’s childhood.  A larger than life person, this Simon Pan, but he honours his bills and volunteers information the waiter may have hesitated to add to the bill.

Then he would dictate to the waiter everything he had consumed: ‘I had sixteen dinners, thirty-five bottles of champagne, two mirrors, three chairs, seven window-panes and two cracked ribs at twenty forints each.’