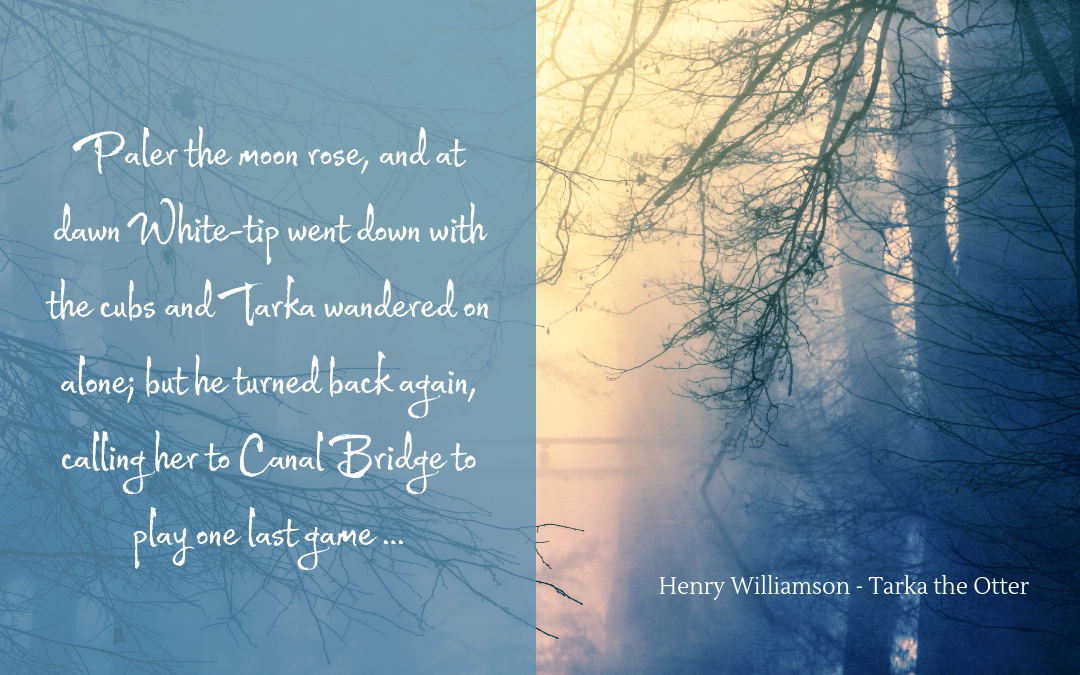 Having given birth to cubs, Tarka’s mate goes her own way. But before they part company he calls her to play one last game at the bridge and she joins him there. I liked the timelessness of the otters’ game which Williamson suggests has been played since ‘before the Romans came’.

‘Paler the moon rose, and at dawn White-tip went down with the cubs and Tarka wandered on alone; but he turned back again, calling her to Canal Bridge to play one last game.

They played the old bridge game of the West Country otters, which was played before the Romans came.  They played around the upper and lower cutwater of the middle pier, while the lesser stars were crowned in the heavenly tide flowing up the eastern sky, and the trees of the hill-lane grew dark, and larks were flying with song.

See another example of Tarka at play, and how inventive he is in making up his own games, even when he’s alone. See also a quote-mosaic review of this slim, taut, dazzling nature book.