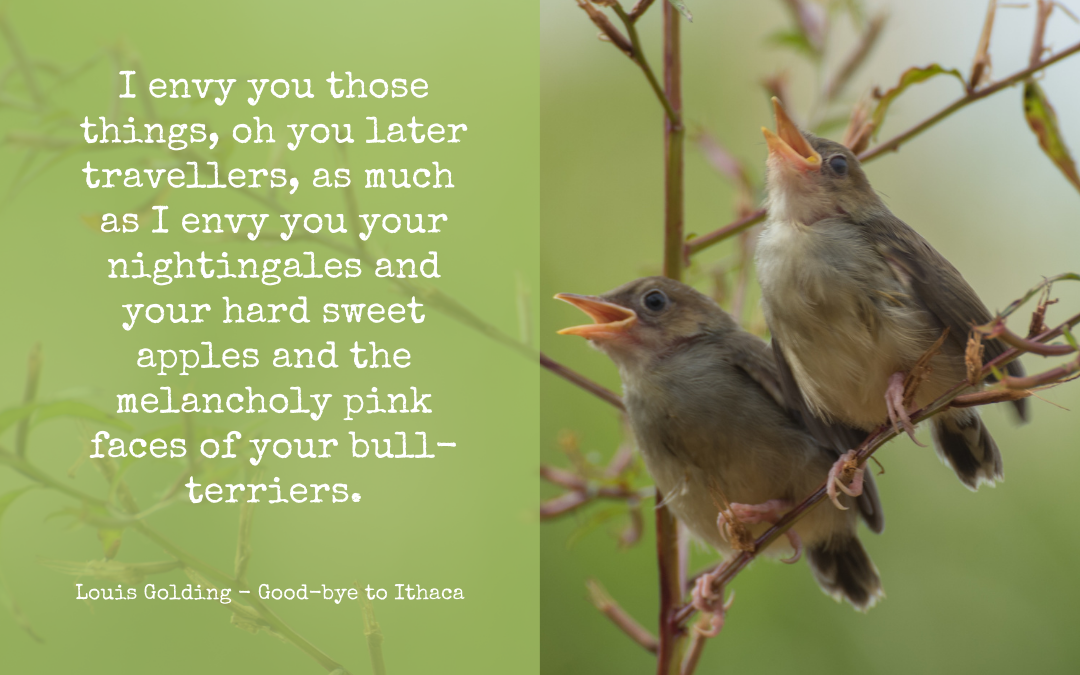 I’m always touched by people connecting to us from the past, throwing their light into an unknown future in addressing, in a human and friendly way, people not even born.  George Eliot and Charlotte Bronte do this by addressing readers directly, and you, reading 150 years after the book was published, find yourself being made to stop and think by a woman whose vitality and intelligence reaches you long after they are gone.  Like the light of a distant star arriving after the star has been extinguished.

So when I came across this, I saluted Louis Golding, and receiving his message cast into the future, trusting to an unknown reader, trusting to their sympathy, I cast forward in  turn and wonder what I might wish upon later travellers.  Birdsong, for sure, the hum and buzz of bees and other insects, plentiful fish in the sea, blossoming tendrils of spring, meadows strewn with wild flowers, plump, ripe, velvety apricots.

Now, what can we do, now, to make those future wishes come true?

I envy you those things, oh you later travellers, as much as I envy you your nightingales and your hard sweet apples and the melancholy pink faces of your bull-terriers. 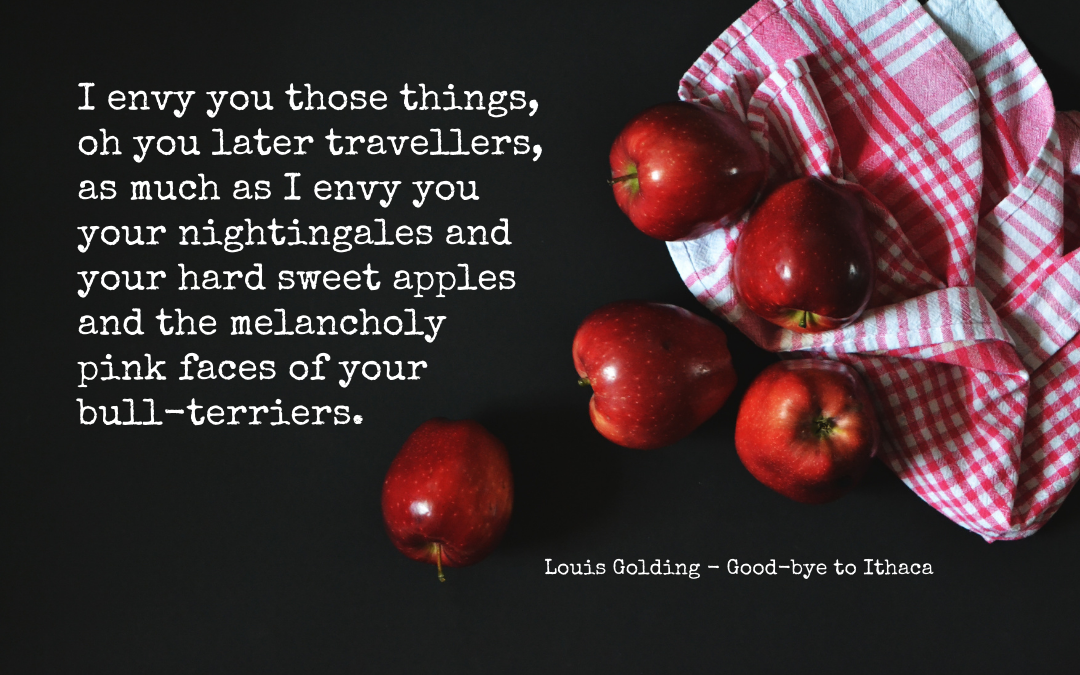