Of life and lilac 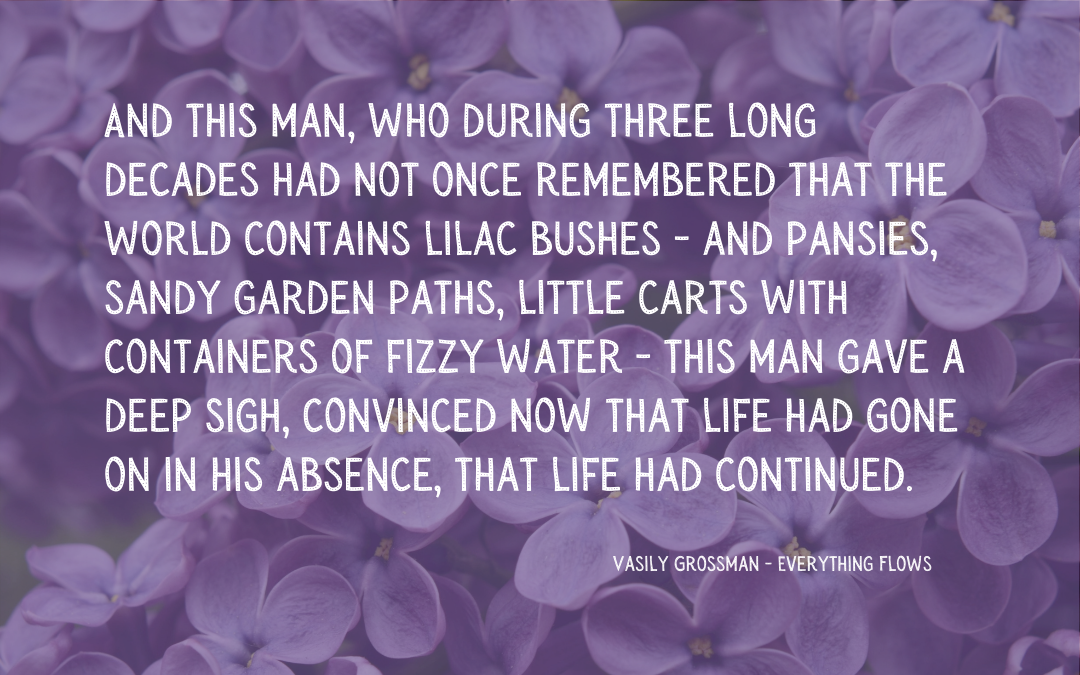 This man is one who returns from the dead, from decades in a gulag in Siberia, released during one or another political thaw.  He returns to ‘normal’ life, and it is interesting to see the signs of it which make him realise it had continued even as he was barely surviving in a place without lilac bushes, pansies, or sandy garden paths.

And this man, who during three long decades had not once remembered that the world contains lilac bushes – and pansies, sandy garden paths, little carts with containers of fizzy water – this man gave a deep sigh, convinced now that life had gone on in his absence, that life had continued.