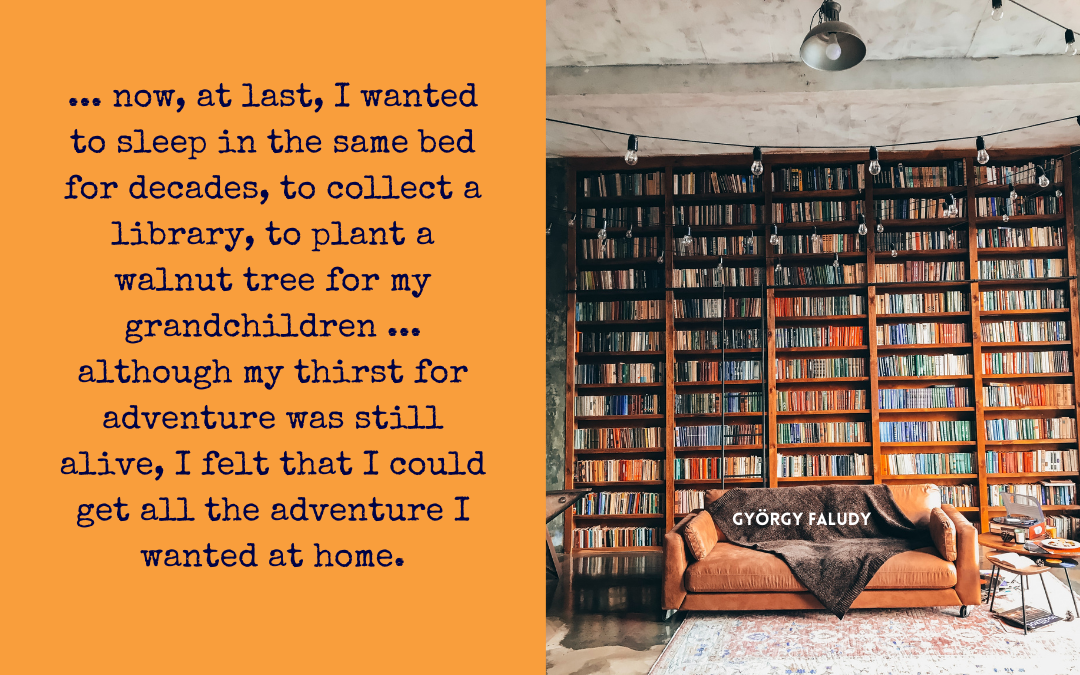 The Hungarian poet György Faludy had a full dose of adventure in his long life. On the eve of the Second World War he opted to leave his native country rather than get caught up fighting for Hitler.  Spending time in France and Morocco before reaching the US and joining the US army, he made a fateful decision to return to Hungary after the war.   This led to a near execution followed by three years in labour camp, from which he emerged as only one of 20 survivors.

No wonder he wanted to pursue further adventures at home.  He lived to 96 and I hope he collected a library and planted that walnut tree.

… now, at last, I wanted to sleep in the same bed for decades, to collect a library, to plant a walnut tree for my grandchildren … although my thirst for adventure was still alive, I felt that I could get all the adventure I wanted at home.