They were not sad people 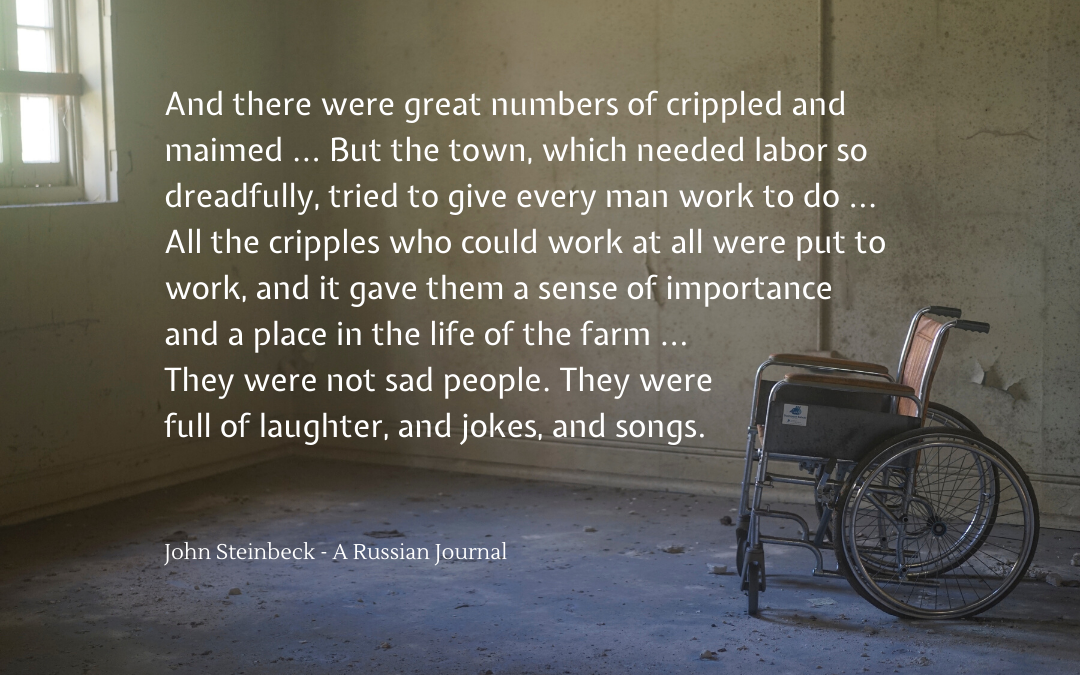 It’s a few years since I read Steinbeck’s account of his visit to the Soviet Union with the photographer Robert Capa.  A wonderful book full of humour and empathy.  Among the many quotations I jotted down was this one, concerning the time they spent in Ukraine.  I had duly put it into the blog post ‘pipeline’ and was taken aback to read it now, as horror unfolds there.  After seeing the astonishing resilience and unity of the country, this resonates all the more strongly.

The town had lost fifty men of fighting age and fifty others, of all ages, and there were great numbers of crippled and maimed. Some of the children were legless and some had lost eyes.  But the town, which needed labor so dreadfully, tried to give every man work to do that he could do. All the cripples who could work at all were put to work, and it gave them a sense of importance and a place in the life of the farm, so that there were few neurotics among the hurt people.

They were not sad people. They were full of laughter, and jokes, and songs.

I hope, pray and trust that another day will come when Ukrainians can be ‘full of laughter, and jokes, and songs’.