The mother tongue of our imagination 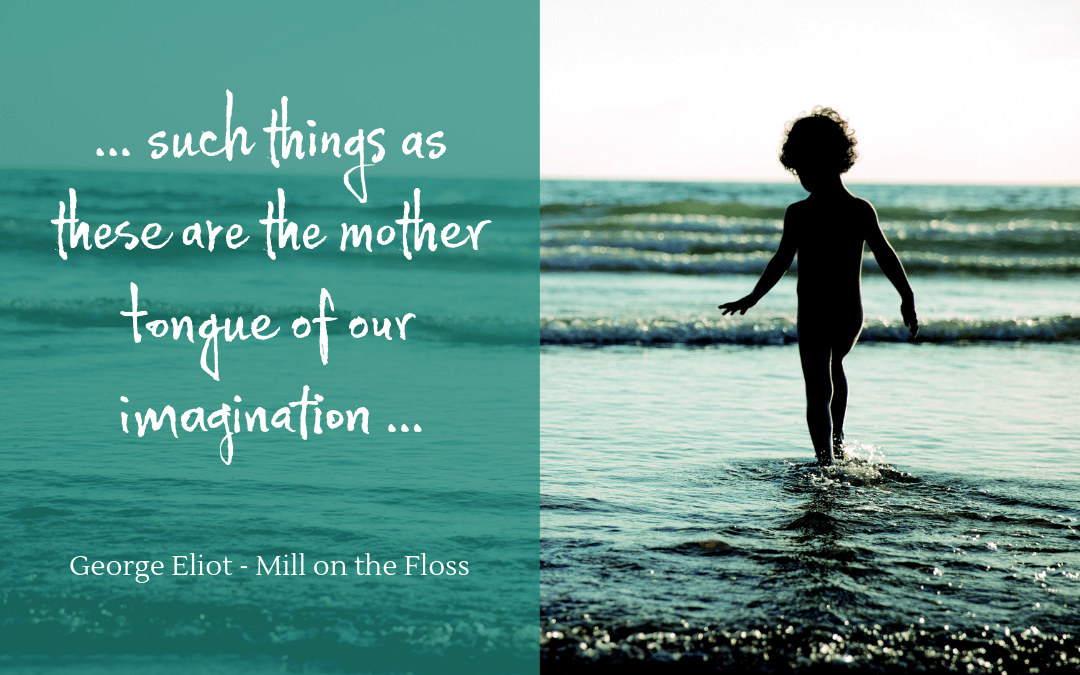 A lovely notion in George Eliot, that our imagination has its own mother tongue.  It made me realize how much of my imaginative world was indeed seeded by my mother. I can’t even put my finger on how she did it, other than by simply being an imaginative person and talking to us about poetry and literature in an easy way, making even books we had never read part of our mental furniture.

Another thing would be the many long walks and talks I had with my grandmother. She was fit and slim and walked very fast, and far.  When she moved to the flatlands and wide skies of Norfolk along the eastern English sea-board, those walks were almost daily during the many weeks of safe-haven holiday I spent in her 16th century cottage with its 18 inch thick walls.

And buildings, for as long as I can remember, have filled my mind. When I was 15 or so and worked in the fields during the holidays, picking strawberries for pocket money, I would get up at 5.00 in order to bike five miles into the nearby town, just so that I could have a few minutes cycling around one or two streets full of Elizabethan and Georgian houses, to the morning chorus of sea-gulls. Then I’d bike back to the village and put in a back-breaking day in the fields.

Send me, if you can, the elements that made up the mother tongue of your imagination.

‘… such things as these are the mother tongue of our imagination …’