The magic of the sea shore

A subtle portrayal of the enduring enchantment of sea shores, whether through the richness of their treasures or their simple liminality.  I like the combination of a child and an adult response, though isn’t much of the charm due to the shore’s invitation to be a child?

There is a perpetual mystery and excitement in living on the sea shore, which is in part a return to childhood and in part because for all of us the sea’s edge remains the edge of the unknown; the child sees the bright shells, the vivid weeds and red sea-anemones of the rock pools with wonder and with the child’s eye for minutiae; the adult who retains wonder brings to his gaze some partial knowledge which can but increase it, and he brings, the eye of association and of symbolism, so that at the edge of the ocean he stands at the brink of his own unconscious.

The beaches of Camusfeàrna are a treasure house for any man whose eye finds wealth at the sea’s edge. There are more shells than I have seen on any other littoral; a great host of painted bivalves of bewildering variety and hue, from coral pinks and primrose yellows to blues and purples and mother-of-pearl, from jewel-like fan shells no bigger than a little fingernail to the great scallops as big as a side-plate. 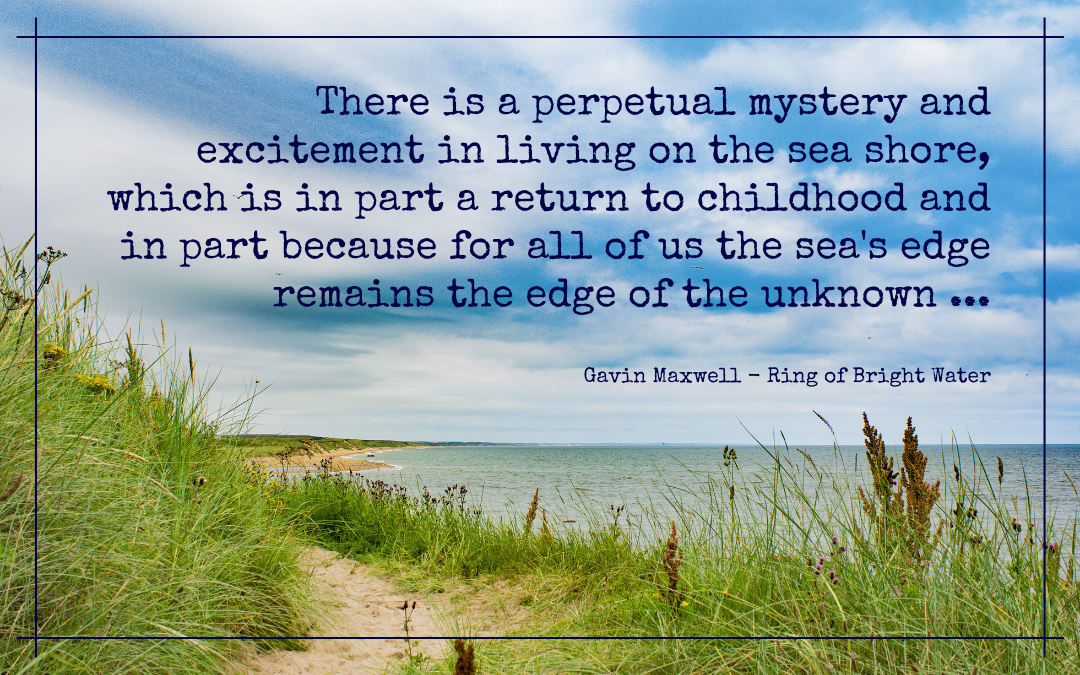