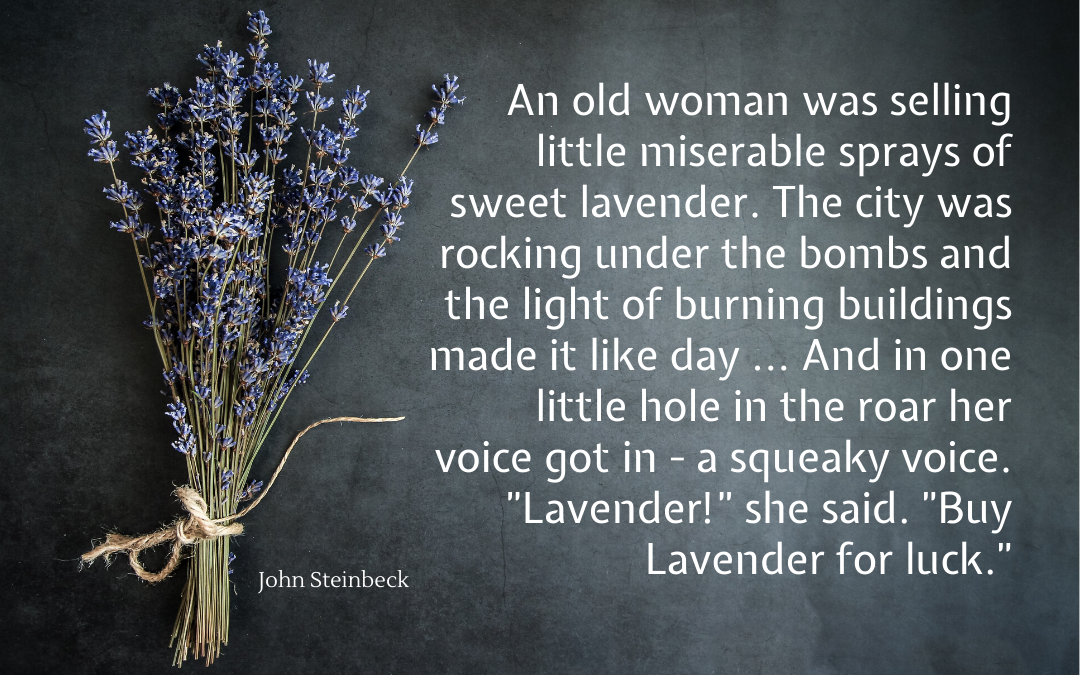 Lavender is a resistant plant, surviving a generous spectrum of cold and heat, rain and drought. It’s perhaps therefore an appropriate plant to bring you bomb-dodging luck in a blitz. I liked this anecdote by Steinbeck, firstly the details that people remember of something so horrific as aerial bombing, and then the touching sight of a Lavender Lady making herself heard in a pause between the ear-bursting and eye-blinding blasts.

I only hope the luck she sold to others held for her too, and she survived.

Plant lavender for luck, yes, and for butterflies and beauty.

‘People who try to tell you what the blitz was like in London start with fire and explosion and then almost invariably end up with some very tiny detail which crept in and set and became the symbol of the whole thing for them … “It’s the glass,” says one man, “the sound in the morning of the broken glass being swept up, the vicious, flat tinkle.” … An old woman was selling little miserable sprays of sweet lavender. The city was rocking under the bombs and the light of burning buildings made it like day … And in one little hole in the roar her voice got in – a squeaky voice. “Lavender!” she said. “Buy Lavender for luck.”