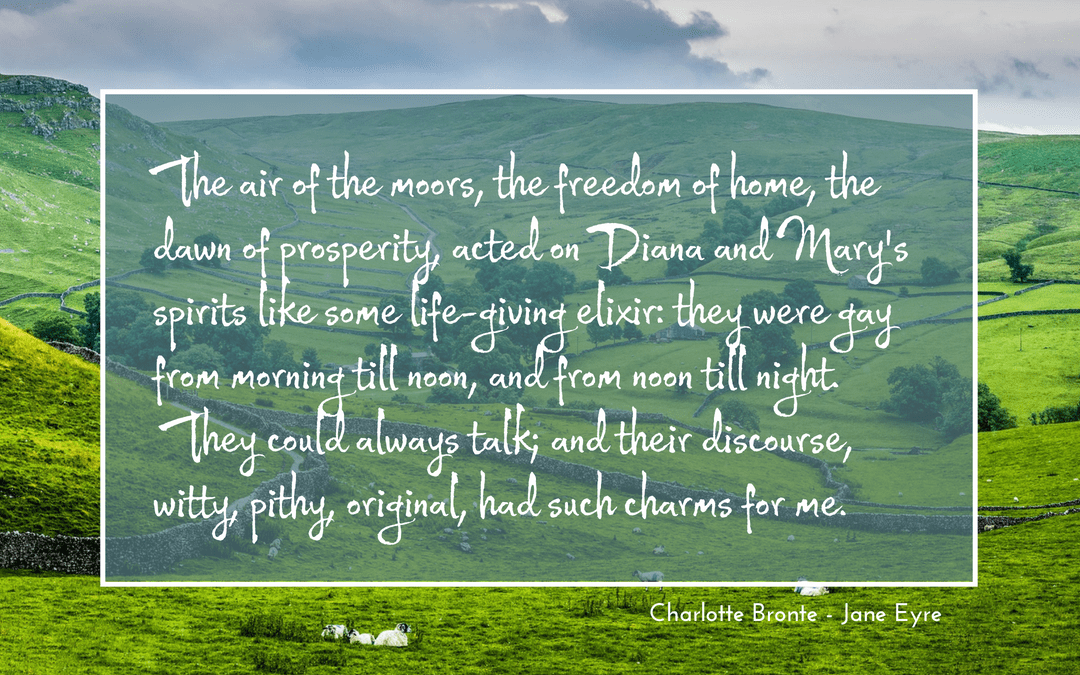 As often happens in 19th century literature and no doubt in reality, freedom could come to women with access to some kind of economic independence, however modest. In a world where jobs were limited (and often galling or exhausting in their nature), this could be in the form of an unexpected inheritance.

Here we see two strong, intelligent women breathe easy and start expanding into the fullness of lives that can be lived as they choose.

‘The air of the moors, the freedom of home, the dawn of prosperity, acted on Diana and Mary’s spirits like some life-giving elixir: they were gay from morning till noon, and from noon till night.  They could always talk; and their discourse, witty, pithy, original, had such charms for me.’