The keen joy of meeting 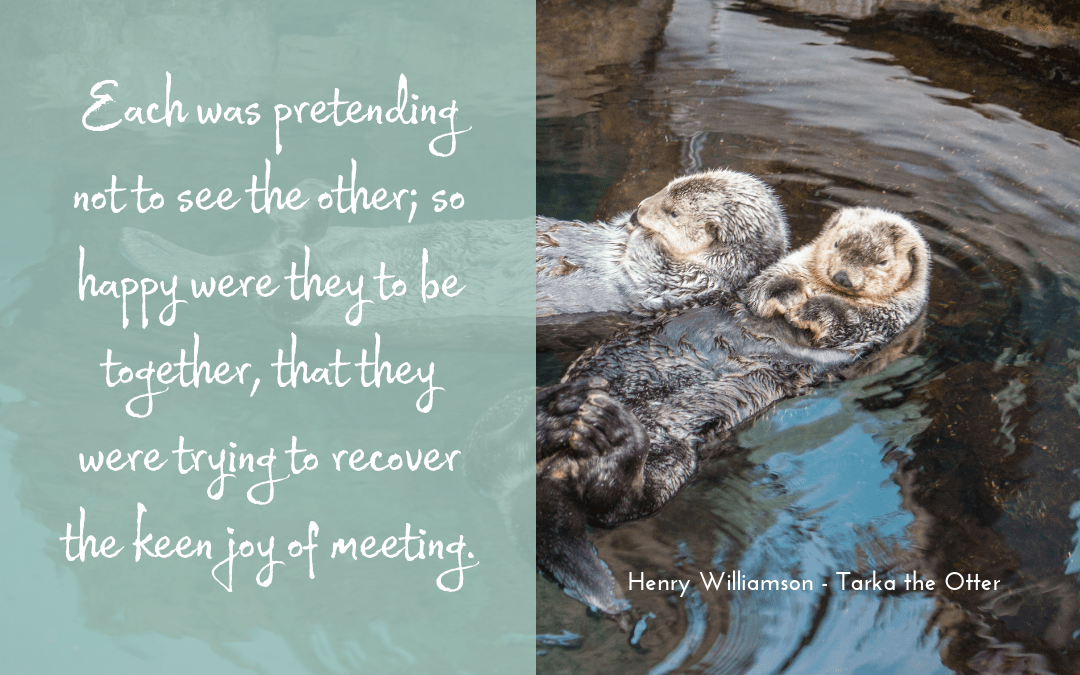 Isn’t this a marvelous account of a joyous reunion, including the playful pretence of ignoring each other, the better to extend that first thrill of meeting?

You will soon perceive, from this and other quotations from the same book, that I’ve concluded humans aren’t the only species capable of nuannaarpoq. Thoughts and reactions to this welcome on a postcard.

This encounter between two long lost otters is from the magical Tarka the Otter, written by Williamson after months of tracking and observing them. It is a love letter to these delightful, resourceful creatures, but Williamson was determined to express his love by cleaving to accuracy.

‘Each was pretending not to see the other; so happy were they to be together, that they were trying to recover the keen joy of meeting.’

T.E. Lawrence read the manuscript and loved it, but wondered how the hard up Williamson would ‘do for money’, since the subject was hardly a popular one. Instead, his book has become a classic although more classed as a children’s book than a masterpieces of nature writing for all ages.

Williamson’s prose is limpid and taut and will give you a deeper appreciation of a resilient, resourceful, playful, courageous and magnificent animal.  For further comments and a mosaic of quotations, as well as a selection of unusual English and dialect words, see the WritingRedux review.

Or enjoy Tarka’s games with a wily raven – play knows no divides, it seems.