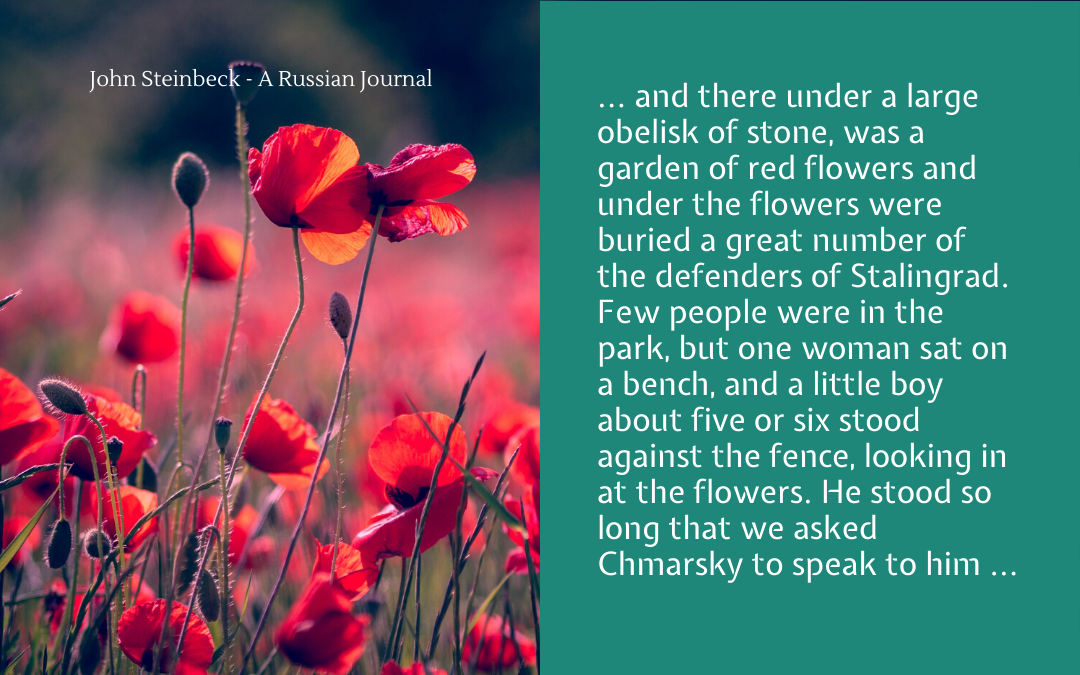 In 1946 John Steinbeck, with his friend the photographer Robert Capa, spent a month in the Soviet Union, including the war-ravaged city of Stalingrad. Here Steinbeck describes a touching encounter with a little boy for whom the memory of his lost father was clearly alive and close.

People die, and yet they live on for at least as long as they are actively remembered and missed by those still living.

Capa’s accompanying photo, somewhat blurry in the Penguin paperback reproduction, nevertheless captures the innocence of the boy.  He looks, in Capa’s image, like the sketches of Christopher Robin in A.A. Milne’s books about his son.

‘In the afternoon we walked across the square to a little park near the river, and there under a large obelisk of stone, was a garden of red flowers and under the flowers were buried a great number of the defenders of Stalingrad. Few people were in the park, but one woman sat on a bench, and a little boy about five or six stood against the fence, looking in at the flowers. He stood so long that we asked Chmarsky to speak to him.

Chmarsky asked him in Russian, “What are you doing here?”

And the little boy, without sentimentality, in a matter-of-fact voice said, “I am visiting my father. I come to see him every night.”

It was not pathos, it was not sentimentality. It was simply a statement of fact, and the woman on the bench looked up, and nodded to us, and smiled. And after a while she and the little boy walked away through the park, back to the ruined city.’ 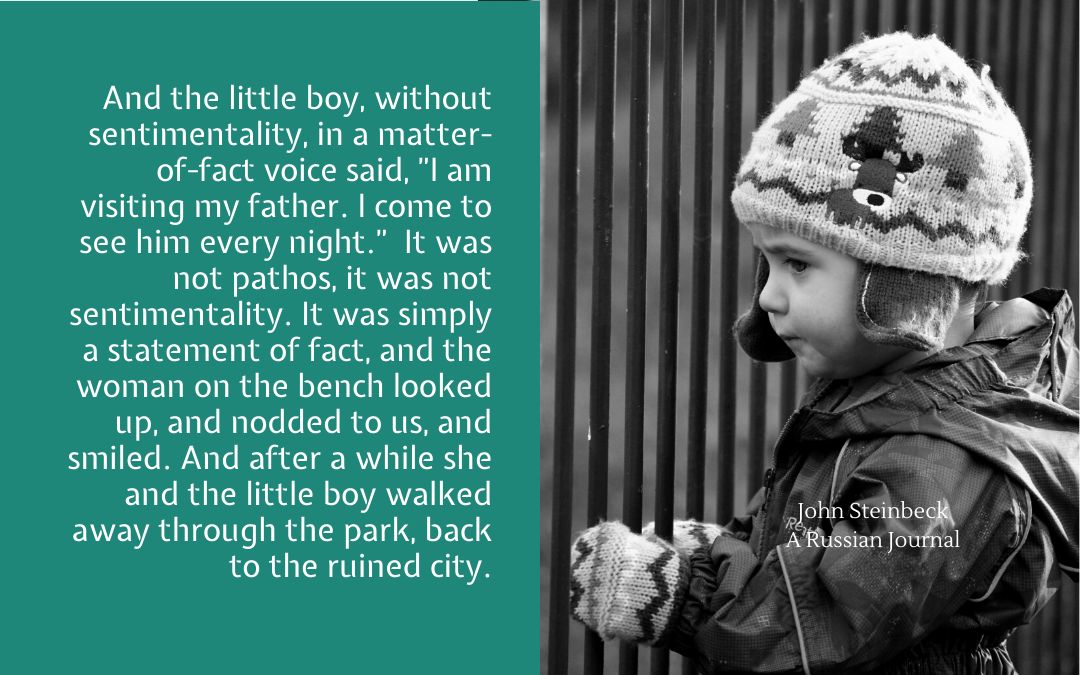