The joy of peace 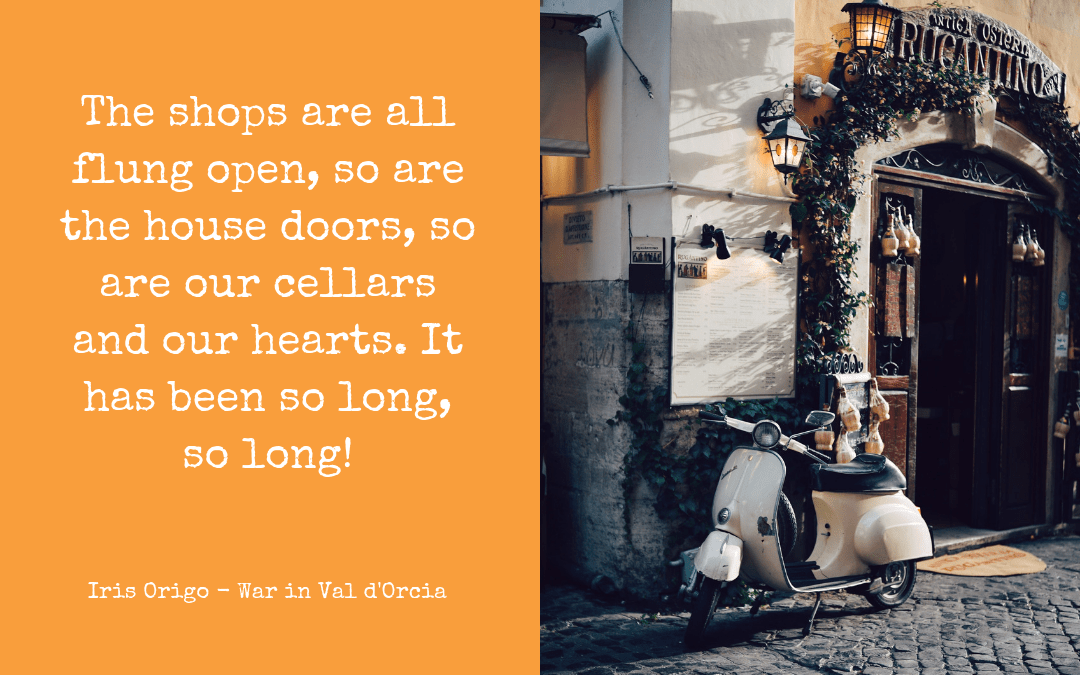 I believe we have a tendency to take peace for granted, though every day of it is a gift. Here Iris Origo captures the exuberance they felt when the Second World War came to an end.

She was married to an Italian and kept a diary as the frontlines moved to and fro around their home in Tuscany. It’s a vivid account of coping with danger and deprivation while maintaining as near as possible ‘normal’ life. Sometimes Italian partisans or Allied airmen would turn up and ask for a glance at a map before heading off, while other times German soldiers would appear unexpectedly. On one occasion, they asked if the orphans in Origos’ care could sing them Christmas carols.

Here is a magnificent photo of Iris. And you can still visit the gardens she developed over many years at La Foce.

‘The shops are all flung open, so are the house doors, so are our cellars and our hearts. It has been so long, so long!’