The inner instinct of memory 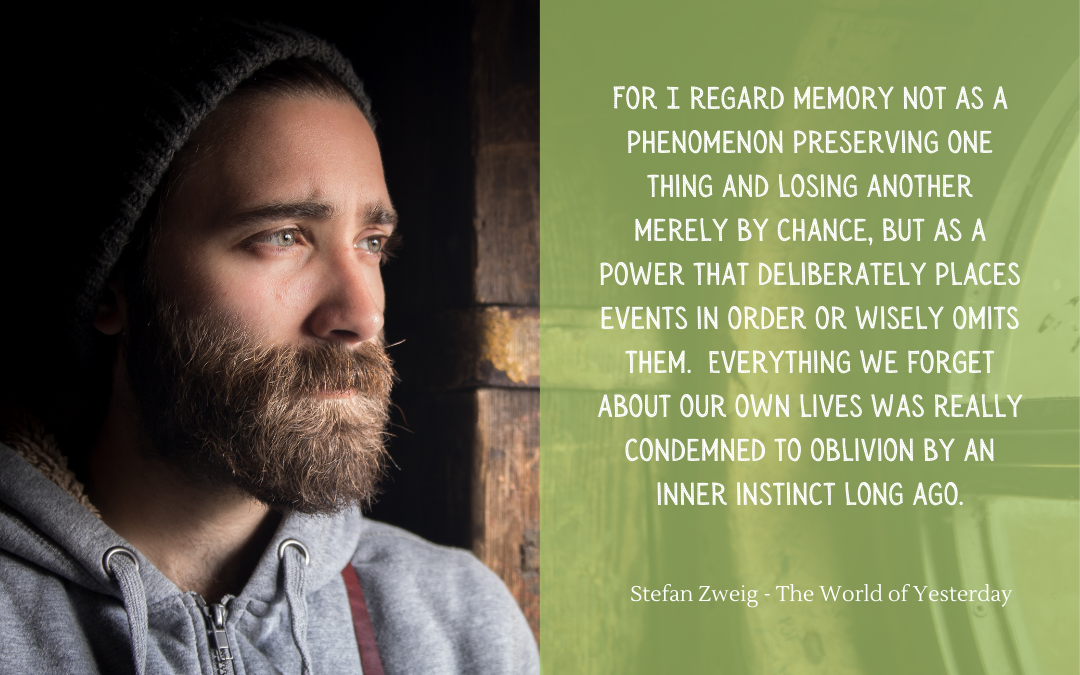 A surprising interpretation of remembering and forgetting by Stefan Zweig, attributing them to an instinctive filter choosing or discarding what sticks in the memory.  It’s particularly touching because the book which features this idea was a huge act of remembering, allowing us to get to know in a surprisingly intimate way the world in which he grew up which disappeared under the crushing effects of two world wars.

It is noteworthy that he wrote the book in exile, deprived of access to many of his notes, books, or other materials, and that he needed therefore to reconstruct many elements from memory.   Also, tragically, having completed the memoir, he committed suicide with his wife within a few days.

The book is a salutary reading with much current resonance, reminding us how peace, freedom, kindness, tolerance and progress can be corroded in initially small acts – or mere words – of increasing brutality and aggression, steadily laying the ground for massive acts of war, persecution, murder and similar.

For I regard memory not as a phenomenon preserving one thing and losing another merely by chance, but as a power that deliberately places events in order or wisely omits them.  Everything we forget about our own lives was really condemned to oblivion by an inner instinct long ago.