How to be gentle 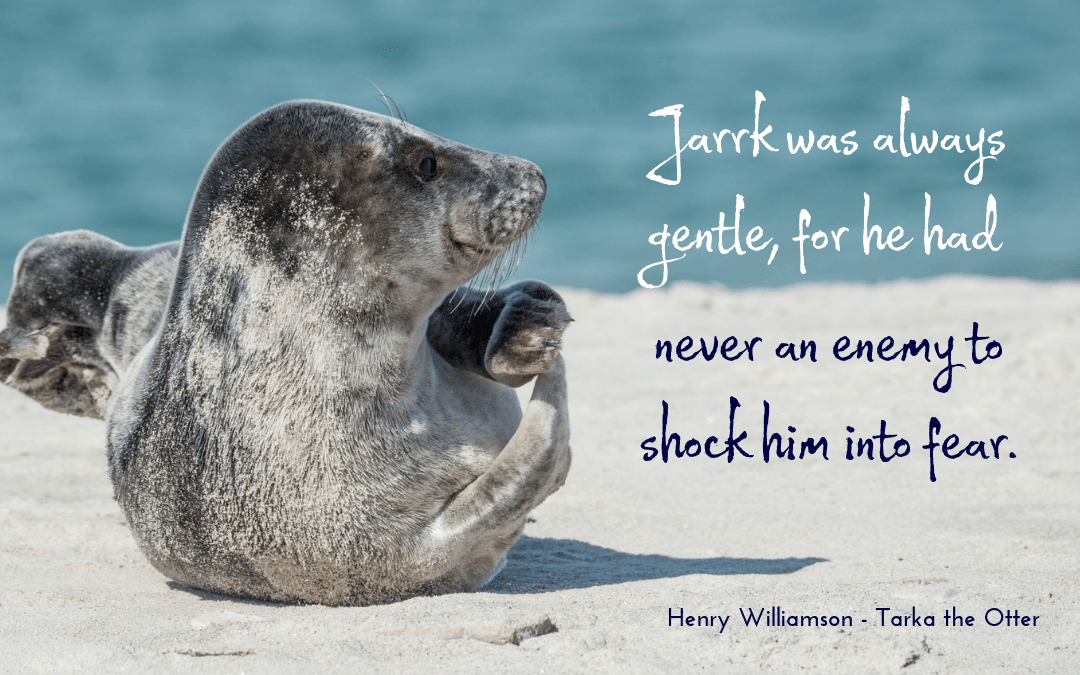 This is a striking comment, that lack of gentleness may stem from having been shocked into fear at some point. How many ‘loud and aggressive persons’ might have been otherwise had they not been confronted by an enemy of some sort, something propelling them into fear?

Fear, except when it’s saving you from being mowed down by a careering bus, can also be an enemy.

Jarrk, by the way, is a splendid old seal living in the joyous heartfelt world of Tarka the Otter.

‘Jarrk was always gentle, for he had never an enemy to shock him into fear.’