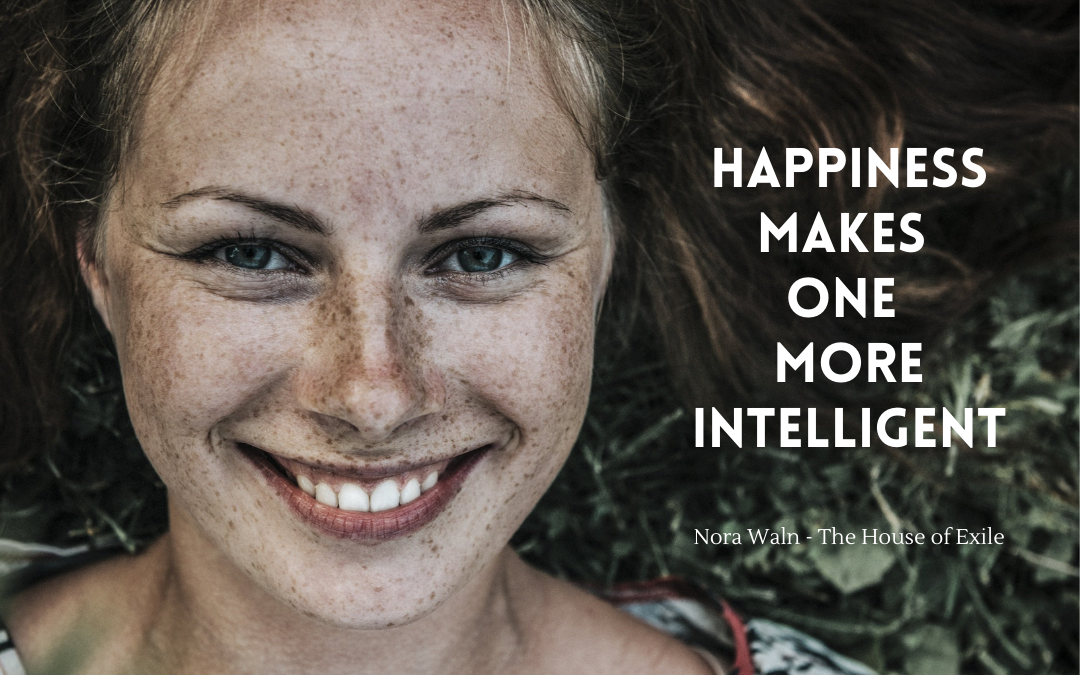 While I’m not sure if this is true, I found it a striking statement, particularly given the context.  It’s from a letter written by a husband in 1920s China, who knew or sensed that he would soon lose his life due to a perilous political situation.  His premonition was correct, and the letter was delivered after his death to an American woman who had grown up with his widow, with the instructions to hand it over after the requisite three years’ mourning.  At a time when Chinese marriages, including this one, were often arranged, it’s an astonishing testament to love and generosity.

Here is the letter, as translated by Nora Waln, the American concerned, together with the scene she sets:

The events of this period touched us intimately.  Mai-da’s husband, on an errand to secure peace with Hankow, was sent home dead from a dinner party.  Two weeks later a private messenger brought me a packet.  It contained a letter from Mai-da’s late husband. In it he asked me to say nothing, but in case of his death to keep the enclosed packet until after the Three Years’ Mourning.  I put the packet in a linen wrapper, sealed it, marked it “Not to be opened until January 1931,” and deposited it in the bank …

When we reached home we found that Mai-da had arrived in answer to a letter I had written her, in fulfilment of the promise I had made her late husband, informing her of the envelope he had given me to be opened at the close of the customary three year period of widow’s mourning.  We got the envelope from the deposit box in the Western bank where I had put it. We carried it home and opened it in my upstairs sitting-room.  It contained a letter, dated on the very afternoon on which he went to that fatal dinner.

The moon is not round for long: the sunset-tinged clouds are soon scattered.  Before I lifted thy veil and we knew each other, gossip told me that thy heart had been given to another.  I approached our union, arranged in accordance with custom, with reluctance: but through six years thou has made me more comfortable than the gods and given me such pleasure as mortal man knows is seldom given south of heaven.  Happiness makes one more intelligent.  Continued happiness, long life, and health, are the common desire of all men.  I have had the first and the third.  I know that I am not to have the second.  I have erred in political judgment and one day, soon, any day now, I will leave thy arms to ride, to walk, or to dine, and my body, emptied of its spirit, will be sent back to thee.  Earth has no feasts that do not break up.  Do not continue to grieve now that thee has completed the mourning.  Do not probe into the details concerning my departure.  I have often instructed thee not to meddle in politics, and I trust thee to obey me in this.  Probing would not fetch me back to life, but it would involve thee dangerously.

For thee, my sweet flower, I desire long plenteous years and felicitous seasons.  According to the custom of our country I cannot bequeath thee a private fortune, but by the day thee reads this my estate wil have been collected into the homestead treasury.  It is a liberal addition to the Family fortune and in attaching a gift to this letter I do not feel that I am acting dishonourably.  I want thee to be independent.  Loving another thou hast been good to me and now I want to make it possible for thee to wed the Manchu whom political circumstances has deprived of his inherited fortune.

In the envelope we found seven thousand pounds of British, one hunded thousand francs of French, and thirty-two thousand dollars of American government bonds.