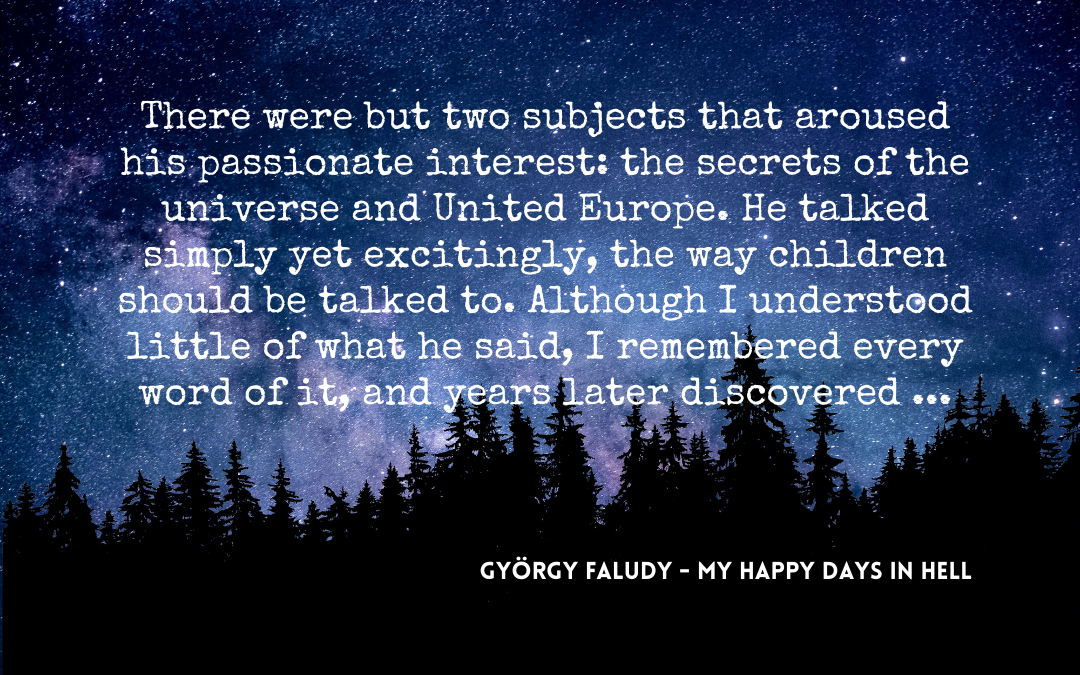 The Hungarian poet Faludy gives an enticing description of his grandfather, seen through a boy’s eyes.  I like how he pitches his speech appropriately for a child, consciously or not.  Also the idea that his words sunk into the young mind, and were understood later.

There were but two subjects that aroused his passionate interest: the secrets of the universe and United Europe.  He talked simply yet excitingly, the way children should be talked to.  Although I understood little of what he said, I remembered every word of it, and years later discovered what he had meant.   While he spoke he watched me with tender, appreciative eyes.  At the time I thought that his glance expressed only love for his grandson, but later I knew that his joy in me was partly due to the knowledge that when he died there would be someone left to witness the creation of the United States of Europe …

We were alone and the old man spoke to me as he usually did about the miracles of the universe.

Note his equal attachment to the universe and to a united Europe.  This struck a chord as my father has explained to me the same dream of a united Europe shared by my own Hungarian grandfather, born in 1906.

See also our celebration of the grandmother of Gorky, whom we have nominated as a candidate for a Nuannaarpoq Award.  You may also enjoy this wise thought by another grandmother.