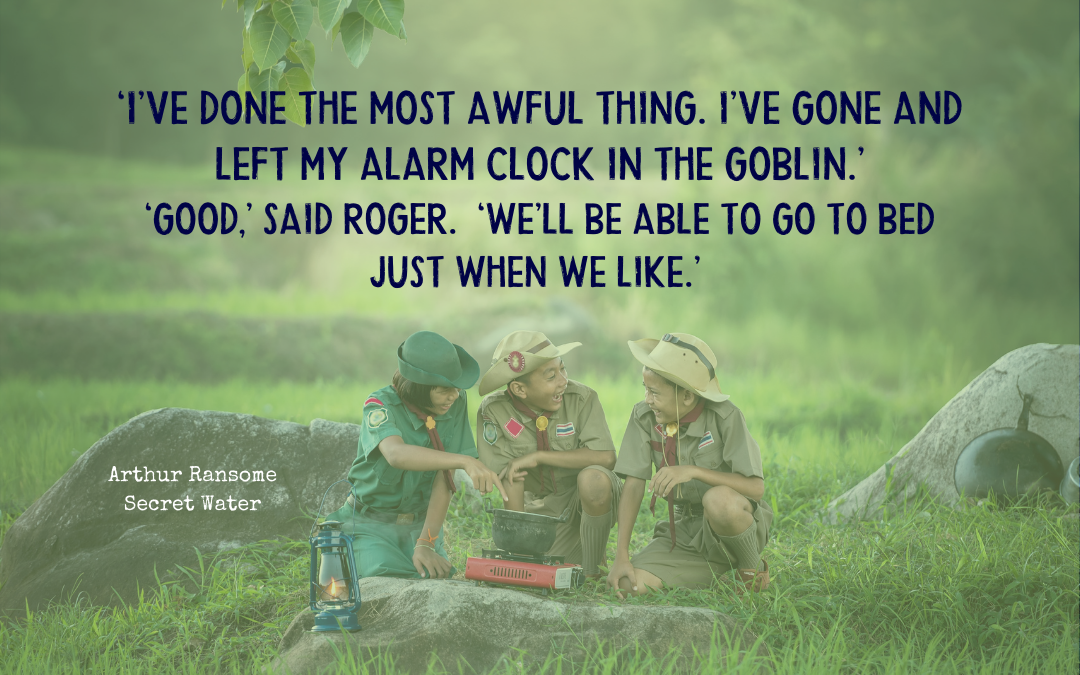 One of the joys of leaving a job is the growing awareness that waking becomes a natural process, rather than an aural shock.  This doesn’t necessarily mean waking late, just naturally, and I still get up as early as I ever did, about six in the winter and five on summer mornings.

But there is another side to the coin, no morning clock-shock means you can go to bed when you feel like.  For these children, that is the greater freedom.

‘I’ve done the most awful thing.  I’ve gone and left my alarm clock in the Goblin.’