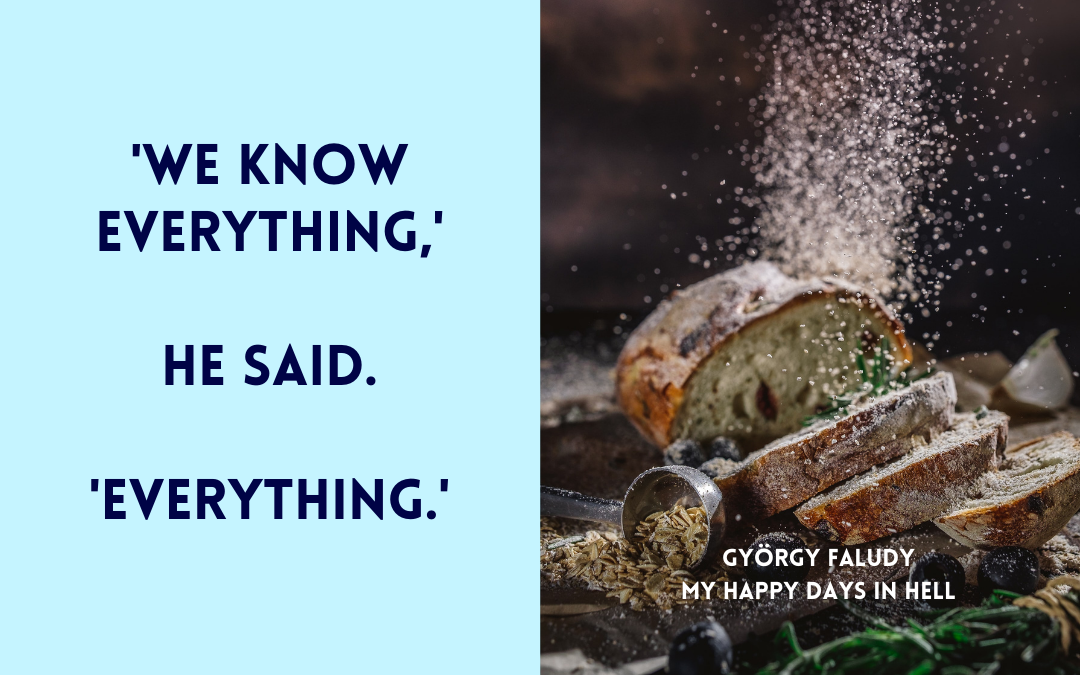 Freed from labour camp in September 1953, following the demise of Stalin, the few survivors still standing left the camp and headed for the nearby village, where they were given a simple, spontaneous and sensitive welcome.

As I was thinking this a girl between eight and ten years old came running out of the house, her long, golden plaits flying behind her.  She put down a large woven basket in the middle of the road, full of pale-pink, tender-skinned grapes.  When we reached it her grandfather emerged, a long, skinny, barefoot peasant with greenish-yellow hair and moustache, almost like a Russian peasant straight out of Tolstoi.  He shook hands with all of us.   When the barber opened his mouth to say something he put a finger in front of his lips.

‘We know everything,’ he said.  ‘Everything.’

Then he took nineteen large slices of bread from his knapsack, put a pinch of salt from his pocket on each and – according to the ancient custom of hospitality – offered us one each with a slight bow.  He must have been watching for us and seen us coming down the slope.  In the meantime the little girl had sped back into the garden and was staring at us with round, blue eyes, from behind the fence.

Bread, salt and grapes, a first taste of freedom.  See also another first impression after surviving the gulag.

Photo credit: matthiasboeckel at pixabay and Helena Yankovska at unsplash 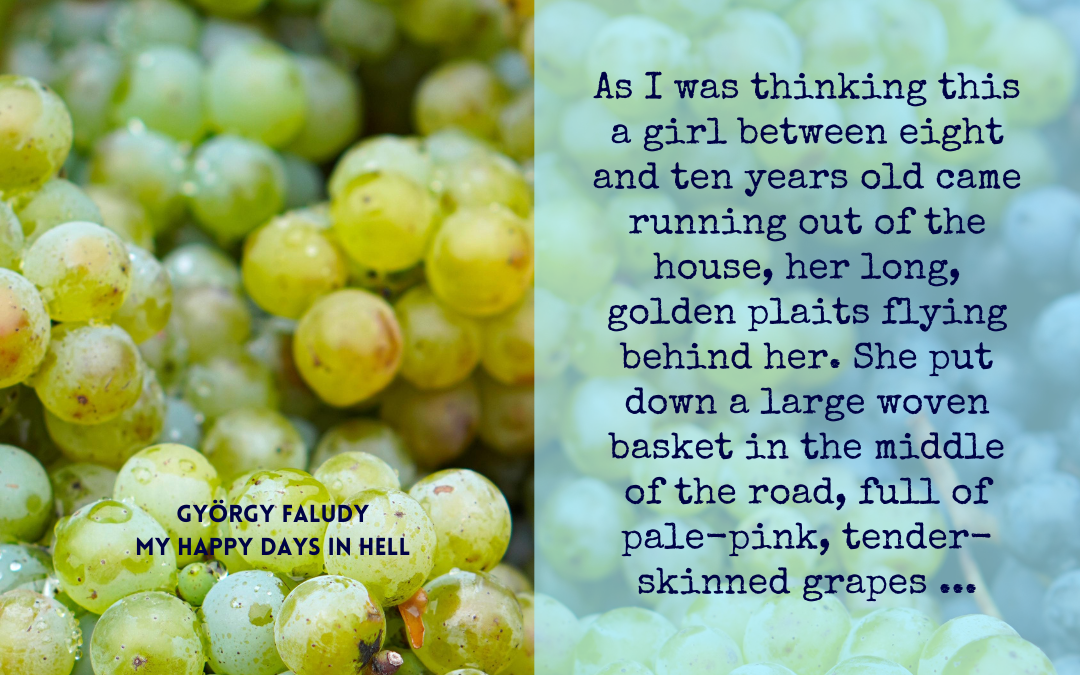