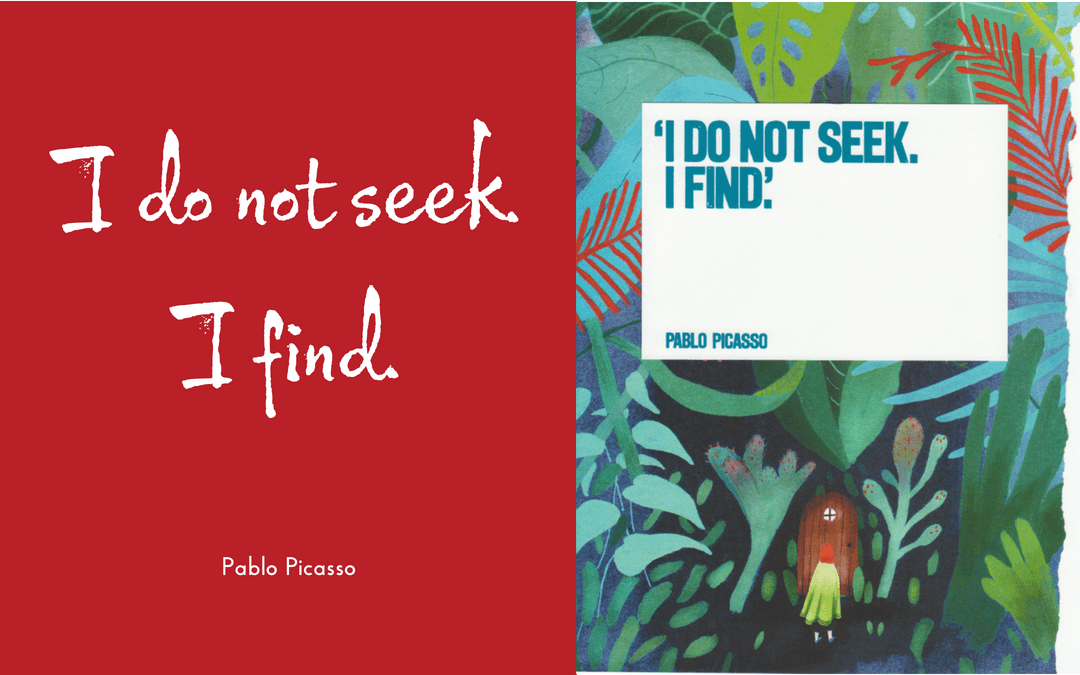 This confident assertion made me think about a working assumption that you have to seek things rather than simply finding them.  In reflecting on Picasso’s comment, found on a postcard at the Picasso museum in Barcelona, I realized that in reality I often find things when I have forgotten to seek them.

And speaking of finding rather than seeking, the image you see here came from such a happy stumbling upon.  I had the postcard on my desk to remind me to feature it here.  I also had an image I had torn out of a magazine because I liked the colours.  They happened to be next to each other, and I noticed that the colours were complementary. So I put the postcard on the image and concluded that could be the illustration for this post.  Only then I noticed that the image features a girl standing in front of a door with a light shining through it.  As I see it, she has found what she was looking for.

A happy coincidence, or a good example of Picasso’s find-don’t-seek principle?

Source: Picasso, quoted on a postcard; image torn from a magazine – my apologies to the copyright holder for not having noted the source – I just didn’t know I was about to find something I didn’t seek.