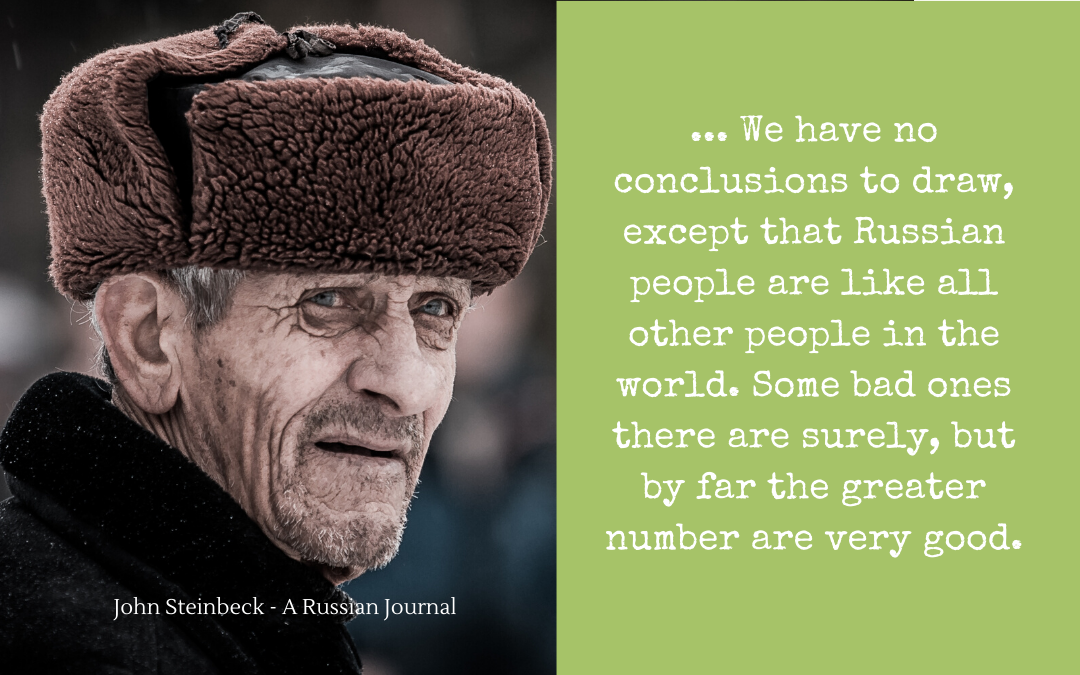 If you can die concluding that by far the greater number of people in the world are very good, you have had a good life or perhaps you have just lived it well.  Here, Steinbeck concludes his slim, rich account of a month spent in the Soviet Union at the height of the Cold War.  The Iron Curtain was the ultimate Us and Them divider and travelling to the other side of it just as it was falling, invited many conclusions about what they would find behind it.

Steinbeck explains, or apologizes for, his lack of political perspective, and realized that in this regard, he will satisfy no part of the political spectrum.  However, since the purpose of the trip was an attempt to see, as far as possible, how things actually were, it could be argued that the apolitical conclusion is appropriate.

Note that Steinbeck tends to use ‘Russian’ to include anyone in the Soviet Union, despite the fact that he and his friend Robert Capa travelled also to Georgia and Ukraine. This may be sloppy, but it doesn’t or shouldn’t distract from the quality of his observations or the writing, which is a delight.

‘We know that this journal will not be satisfactory either to the ecclesiastical Left, nor the lumpen Right. The first will say it is anti-Russian, and the second that it is pro-Russian. Surely it is superficial, and how could it be otherwise? We have no conclusions to draw, except that Russian people are like all other people in the world. Some bad ones there are surely, but by far the greater number are very good.’ 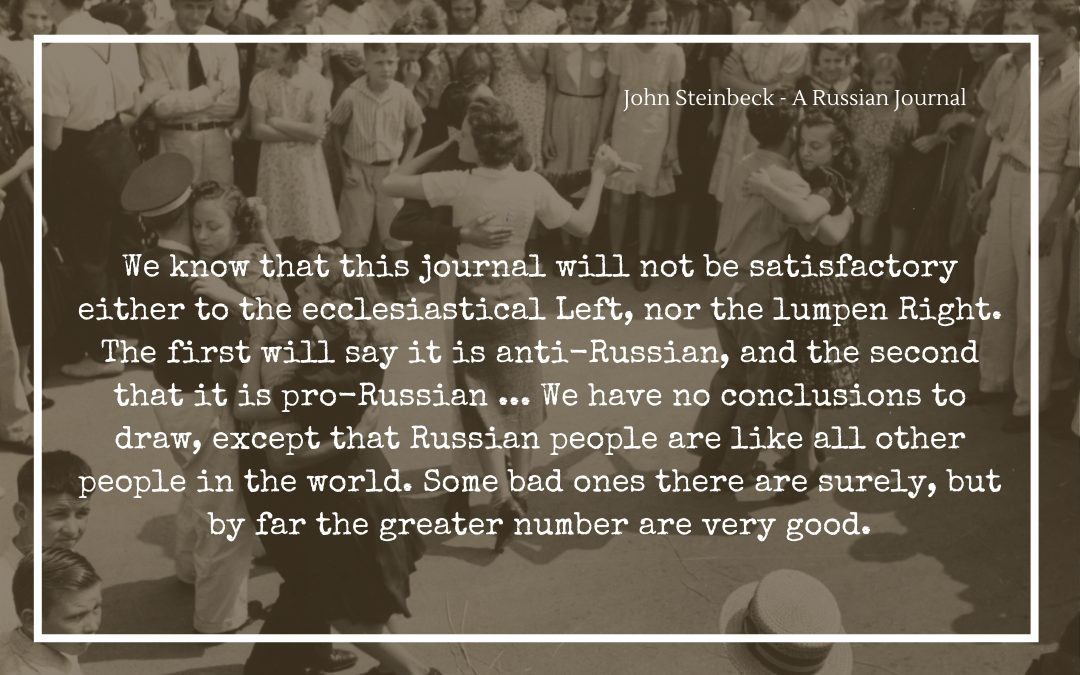