Even as I sing 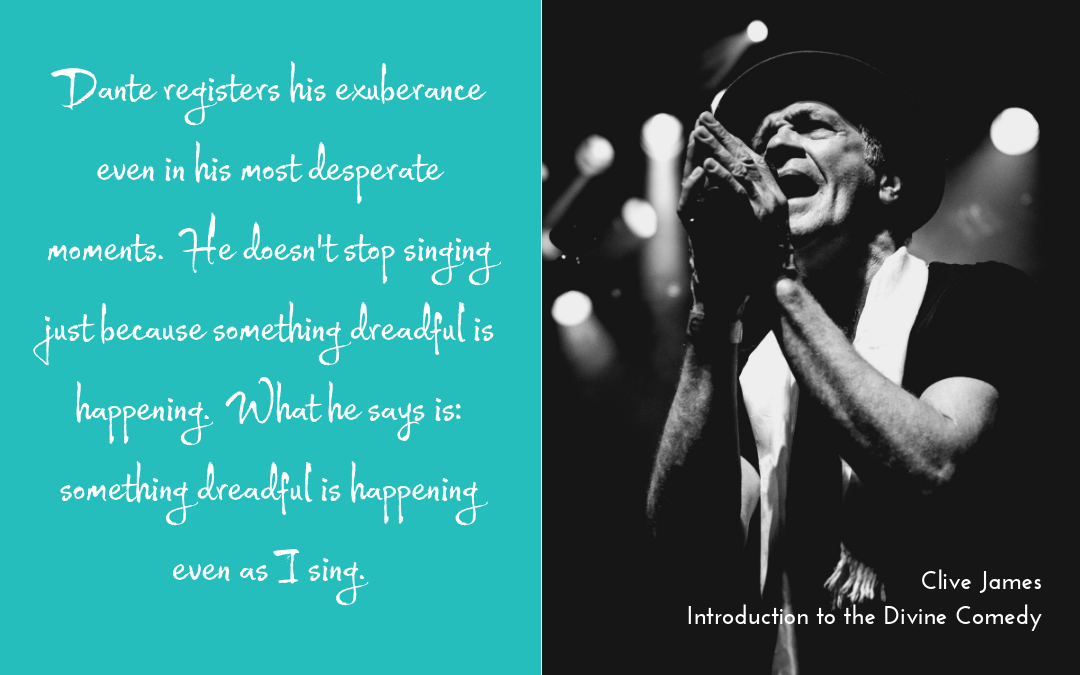 Clive James’ translation of Dante’s Divine Comedy is far the most entrancing I have read, an entrance-lation. A few quotations will appear here and elsewhere and, in due course, a quote-studded review.

Here James highlights Dante’s exuberance even in the face of dread, which is to say an exuberance that is resilient. I am humbled by this capacity to keep singing when something dreadful is happening.