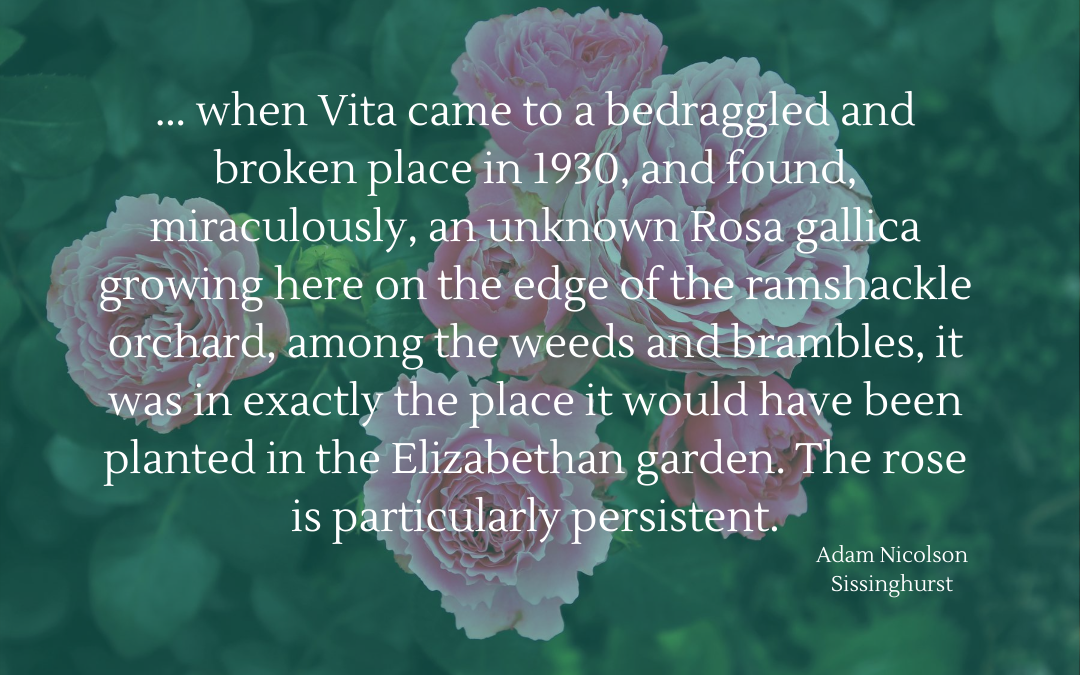 Adam Nicolson describes his grandmother finding an unknown tenacious rose in the ruinous place which she renovated and transformed into today Sissinghurst Gardens.  I like that this rose is indestructible and might, just might, trace its roots to the original Elizabethan house and garden.

We are thinking of moving house (and country) and I am thinking of taking cuttings of my favourite roses with me, some of which I grew from cuttings of our Italian neighbour’s roses, including one crimson cascading wonder he brought from Sicily decades ago.

… when Vita came to a bedraggled and broken place in 1930, and found, miraculously, an unknown Rosa gallica growing here on the edge of the ramshackle orchard, among the weeds and brambles, it was in exactly the place it would have been planted in the Elizabethan garden. The rose is particularly persistent. Vita claimed she could never eradicate it from wherever it wanted to grow, and it is not absurd to suggest that successive plants of that tough and hardy rose, which Vita named ‘Sissinghurst Castle’, had been growing there for 450 years.