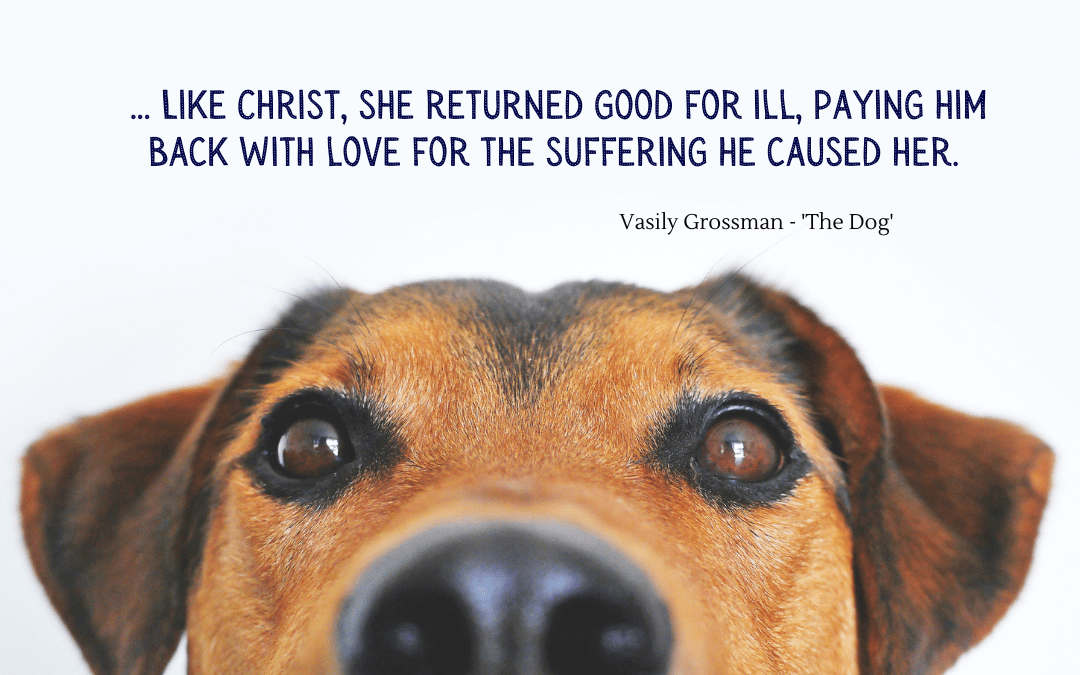 Vasily Grossman had a genius for writing about animals with empathy and respect, whether it was war horses and mules, or dogs.  Here he dedicated a short story to imagining the experience and mind of the first dog sent into space.  This little creature, grabbed from her life on the streets, demonstrates a saintly all-giving kindness to those around her, including the ornery laboratory scientist in charge of sending her into the heavens.  Here, as the scientist berates himself, the dog simply goes on giving.

Aleksey Georgievich was no less harsh with regard to himself. Sometimes he would mutter sourly, “Yes, everybody’s fed up with me, and there’s nobody more fed up with me than I am myself.”

The bandy-legged mongrel took no part in laboratory intrigues, could not be accused of failing to look after Aleksey Georgievich properly, and seemed free of envy.

Like Christ, she returned good for ill, paying him back with love for the suffering he caused her.

See other references to her boundless, wordless understanding; her recollections of early happiness and the plumpness it gave her despite lack of food, and finally, her impressive street savvy survival skills before she was netted for the lab.