Cheer up, you have escaped 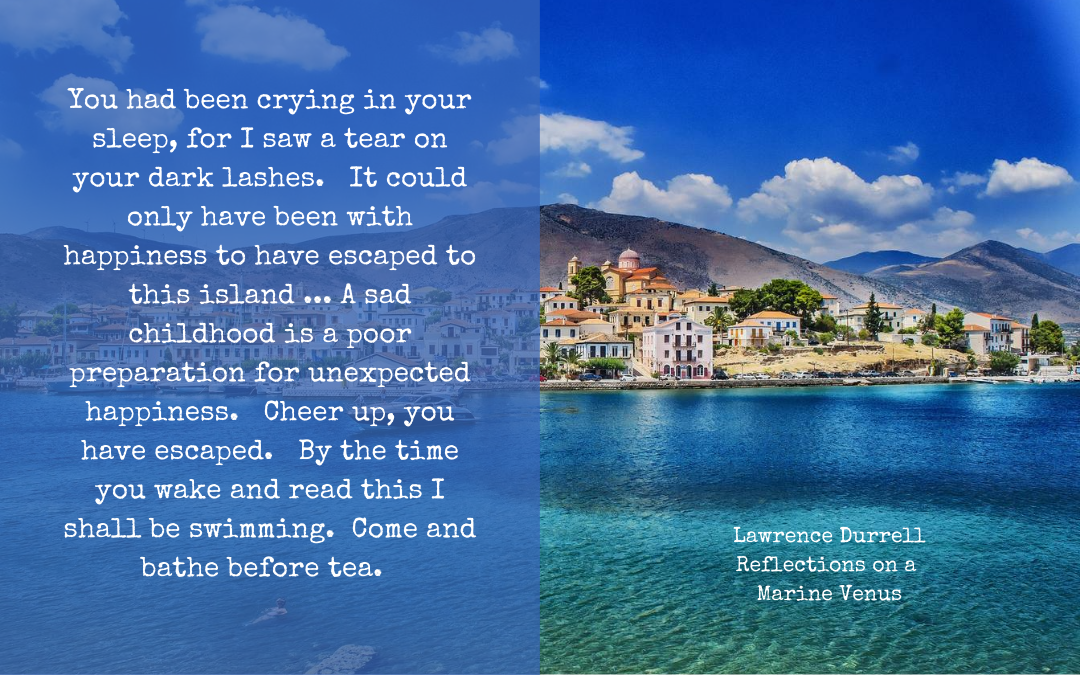 Here Durrell describes the woman who became his second wife, who joined him in Rhodes after the war.  I was struck by the comment that a ‘sad childhood is poor preparation for unexpected happiness’, particularly as there were large parts of my childhood which could be called sad.  If there is an upside to such a thing it is this, when happiness comes, it feels all the more miraculous and intense, and can never be taken for granted.  And if you are unprepared for it, how wonderful to be surprised by its arrival.

And isn’t that a marvelous invitation, to come and swim in the cool sea during the cool morning hour, before taking breakfast tea.

You had been crying in your sleep, for I saw a tear on your dark lashes.  It could only have been with happiness to have escaped to this island.  Beside you on the bedside table lay the unfinished letter to your parents.  A sad childhood is a poor preparation for unexpected happiness.   Cheer up, you have escaped.  By the time you wake and read this I shall be swimming. Come and bathe before tea.