This blue and golden world 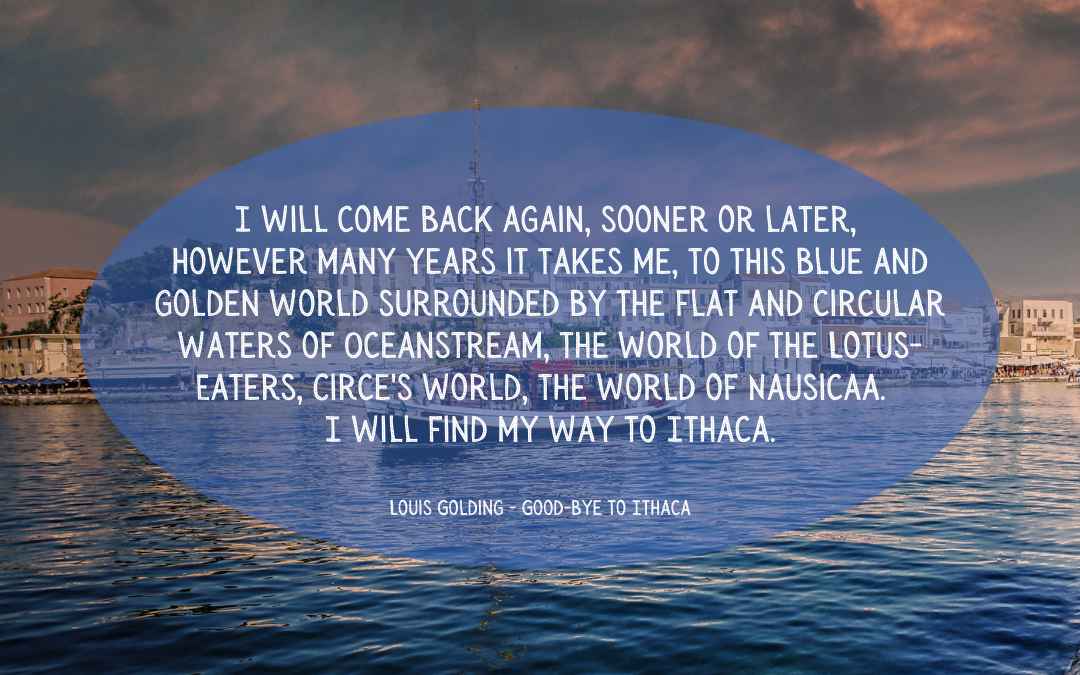 A lyrical commitment to his own odyssey, self-promised the first time the author sailed past Ithaca.  He made it, a mere three or four decades and a war later.  How could he not, a ‘blue and golden world’ would exercise a strong hold on the soul (mine, anyhow).

I will come back again, sooner or later, however many years it takes me, to this blue and golden world surrounded by the flat and circular waters of Oceanstream, the world of the Lotus-Eaters, Circe’s world, the world of Nausicaa.  I will find my way to Ithaca.

See another evocation of blue and gold, the colours of the Middle Ages, and a spring morning, washed with the same hues.