Because they dreamed of this place 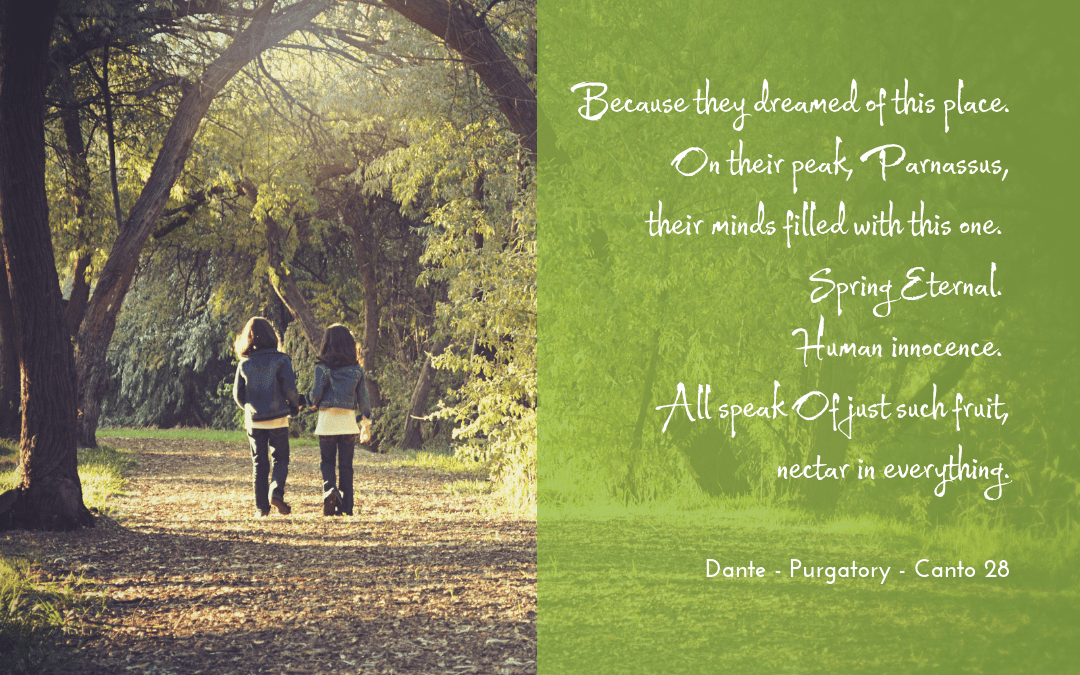 I like that Dante’s promised land mentions ‘human innocence’ alongside nectar in everything and spring eternal.

Innocence doesn’t receive much air time, but to me it could be listed among ‘human rights’. When I was growing up it was a put down comment, as if describing something to be got rid of as soon as possible, like virginity, so you can get on with being ‘grown up’.

Innocence isn’t the same as naivety, and it can exist in people who have experienced or witnessed unspeakable things, in which case perhaps signalling superhuman resilience. It’s hard to define but would include a continuing capacity for wonder and joy and a lack of cynicism.

For another take on this unsung sweetness of life, see a quotation from Rose Tremain.

‘Because they dreamed of this place. On their peak,

Parnassus, their minds filled with this one. Spring

Of just such fruit, nectar in everything.’