Aristocrats of the spirit 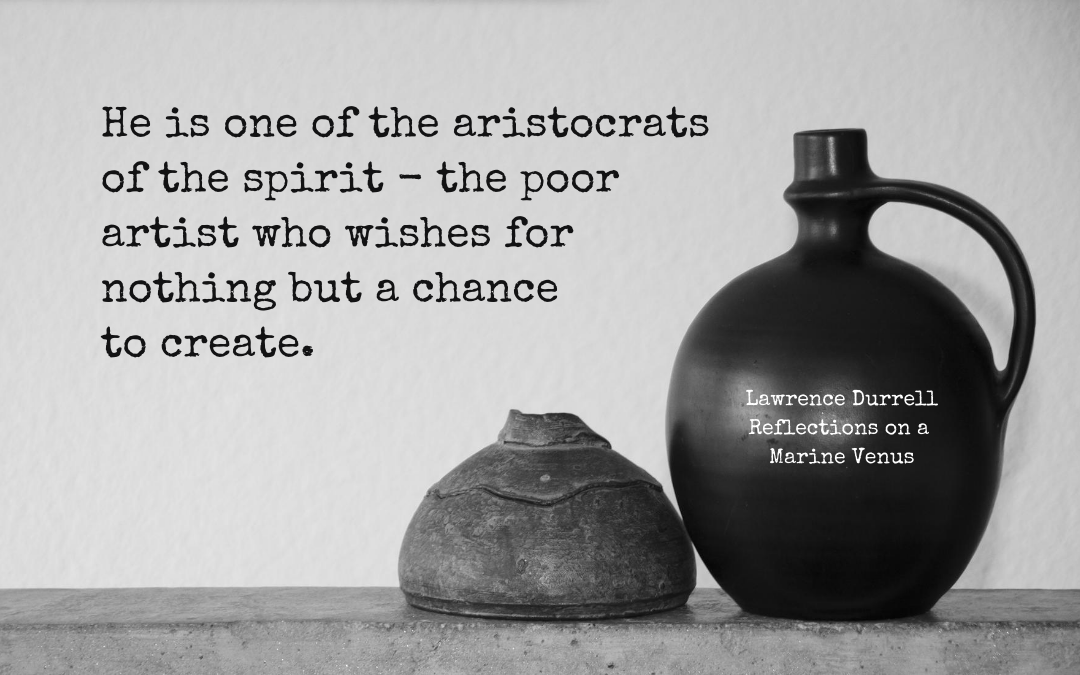 Are you one?  If not, why not?  An aristocrat of the spirit doesn’t need palatial dwellings or magniloquent titles, just a spirit imbued with creativity and its impulses.   This noble characterisation is Durrell’s way of paying tribute to an Austrian potter he knew during his time in Rhodes after the war, Egon Huber.

In addition to his aristo-spirit, the creativity of this ‘poor artist’ managed to keep him from being dragooned into the German army, through a series of Levantine wiles and wheezes, presented to the Teutonic military machine as ‘technicalities’.

He is one of the aristocrats of the spirit – the poor artist who wishes for nothing but a chance to create.