All the good men this world’s ever known 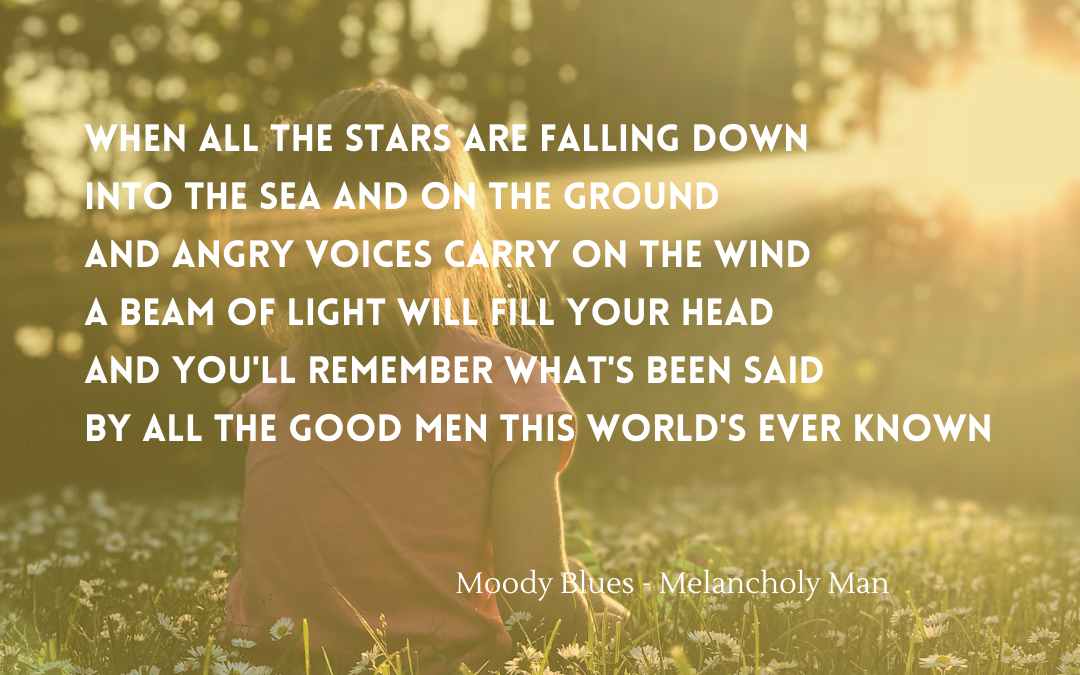 This recently discovered gem accompanied us twice as we drove down, and two weeks later, up, the Italian side of the Grand St Bernard Pass between Italy and Switzerland.  It’s one of the most beautiful passes we’ve ever been through, and the road is marvelous.  There is also the Albergo d’Italia at the top where I strongly recommend you stop to drink one of their unctuous hot chocolates (‘cioccolate calda densa’).

‘Melancholy Man’ has a wonderful melody and entrancing lyrics and has become the ‘theme tune’ for that pass.  Some favourite lines:

Let’s remember what’s been said ‘by all the good men this world’s ever known’ (and, naturally, women).  May they drive away the angry voices that ‘carry on the wind’, such as those pouring war into Ukraine.

And another line which resonated: ‘All the world astounds me’.  Mostly in wonderment, occasionally in bewilderment, such as when we take our glorious planet and each other for granted.

Hear the full song here, and enjoy the lyrics here.  For another Moody Blues song which rang upon the nuannaarpoqian air, see our quote from ‘The Balance’.