A seal of affection 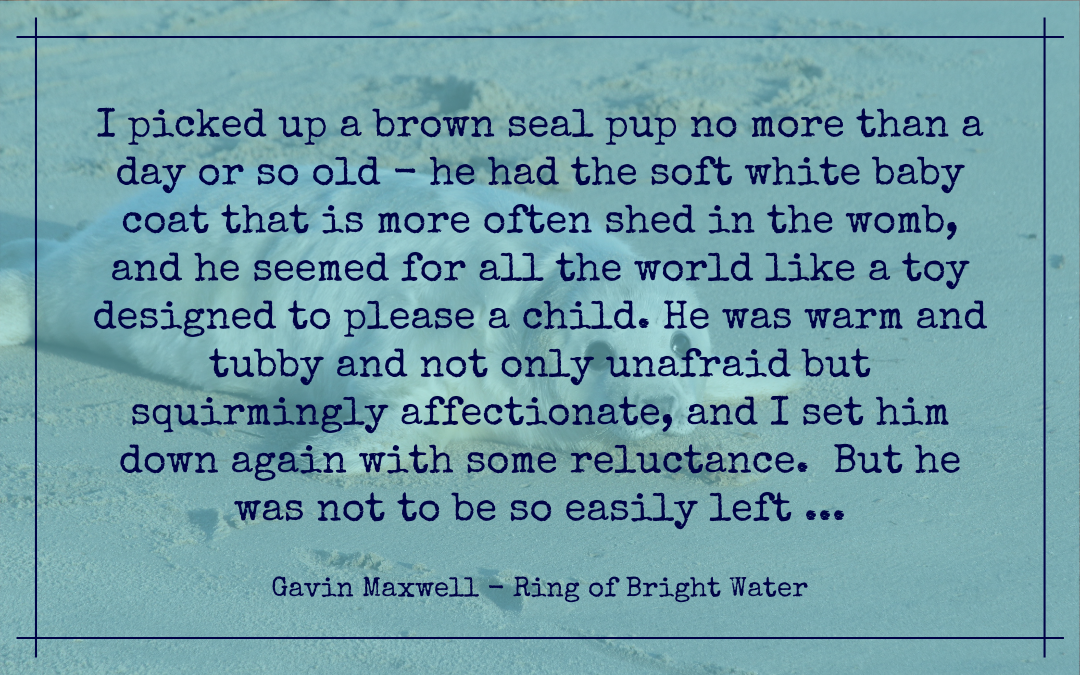 An astonishing account of a newborn seal pup responding to a passing cuddle from a human.  I liked too that in the end his mother’s love, even in a telling off, proved the stronger attraction.

Once … I picked up a brown seal pup no more than a day or so old – he had the soft white baby coat that is more often shed in the womb, and he seemed for all the world like a toy designed to please a child.  He was warm and tubby and not only unafraid but squirmingly affectionate, and I set him down again with some reluctance.  But he was not to be so easily left, for as I moved off he came shuffling and humping along at my heels. After a few minutes of trying to shake him off I tried dodging and hiding behind rocks, but he discovered me with amazing agility. Finally I scrambled down to the boat and rowed quickly away, but after twenty yards he was there beside me muzzling an oar. I was in desperation to know what to do with this unexpected foundling whose frantic mother was now snorting twenty yards away, when suddenly he responded to one of her calls and the two went off together, the pup no doubt to receive the lecture of his life.