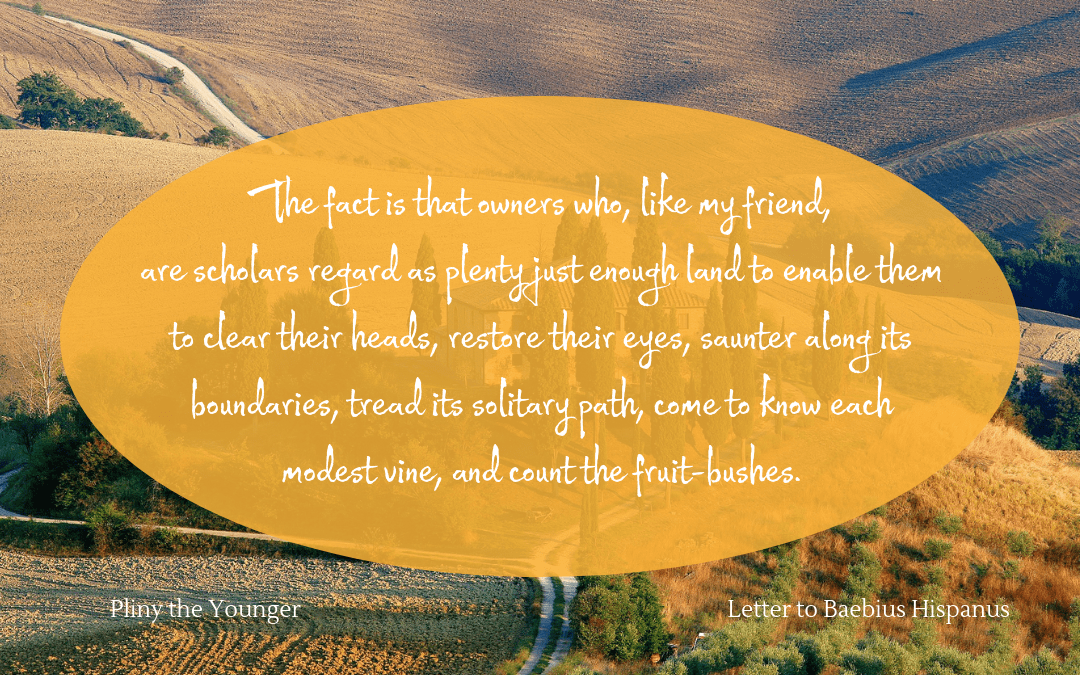 Pliny the Younger is a delightful correspondent when he isn’t berating you for not having been in touch. His letters have an immediacy and freshness which makes me regret he isn’t around for me to write to.

Here he ponders how much land is adequate for the scholarly types he hangs out with. Sounds about right to me; though you don’t necessarily need to own land to benefit from all those restorative effects.

We have a garden where we have ‘come to know each modest vine’ and are slowly adding species of wild flowers and insects to our micro-mental-map. Walking to the unfenced front of the garden we can enjoy a hinterland of fields with wide open prospects to the lake and the Alps, including occasionally the towering triangular peak of Mont Blanc, and behind us the first line of the Jura to the other side providing a nestling safe sense of space.  Larks soar and sing, eagles cruise, buzzards hover before diving.

It is one of my favourite places on earth.

‘The fact is that owners who, like my friend, are scholars regard as plenty just enough land to enable them to clear their heads, restore their eyes, saunter along its boundaries, tread its solitary path, come to know each modest vine, and count the fruit-bushes.’